Thank you, friends, for your kind words of condolence regarding our dear, departed Wilberforce.  It was important to me to share the joy of his life, so, in a way, you may carry a bit of him with you, as well.  He truly was a gift from God.


Today's post was a response to my daughter, Gracie's fear of Halloween.  She recently told me she didn't want to celebrate Halloween because it was just too scary.  Though we don't subscribe to the gore that has become the trend, she was hesitant to even go into stores this time of year, lest she be accosted by an errant head or shrieking skeletons!

I created the Raven-Drawn Carriage after Grace went to bed last night.

I was inspired by the carriage to write this poem for Gracie as she slept in her bed this morning. 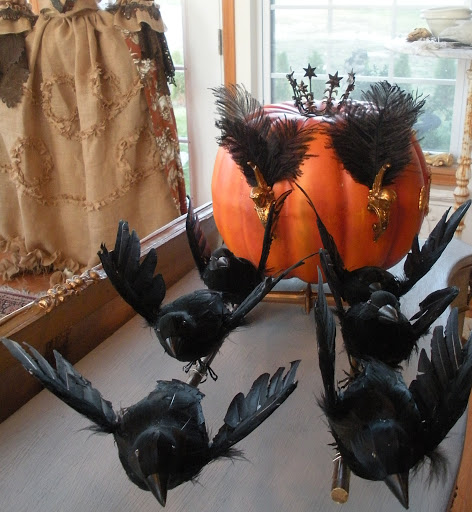 What dreams are made of...I created the Raven-Drawn Carriage with bits of ormolu that I have collected.  The concept had been floating around my head for a while. 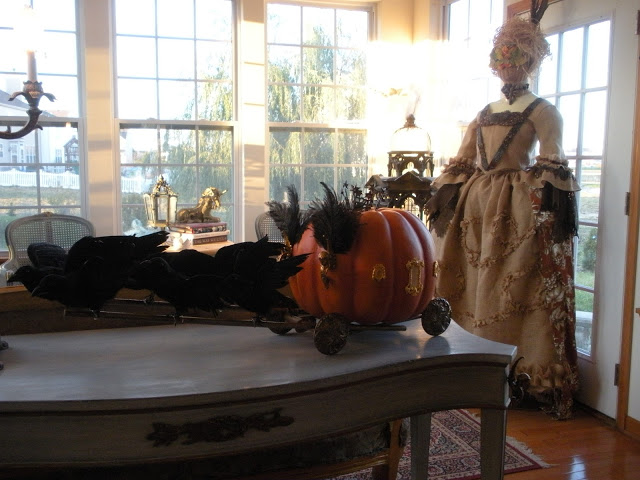 Marie never left the sunroom this year.  Perhaps next year she will stand watch over the parterre or the potager?  I considered using a white pumpkin but since I made this for my daughter I wanted it to be more "of the Season", something a child would relate to and, perhaps, dream about.  Initially, I had planned on using a real pumpkin but came to my senses and realized I only wanted to do this once!  In retrospect, a real pumpkin would be too heavy for the chassis, fabricated of dowel rods. 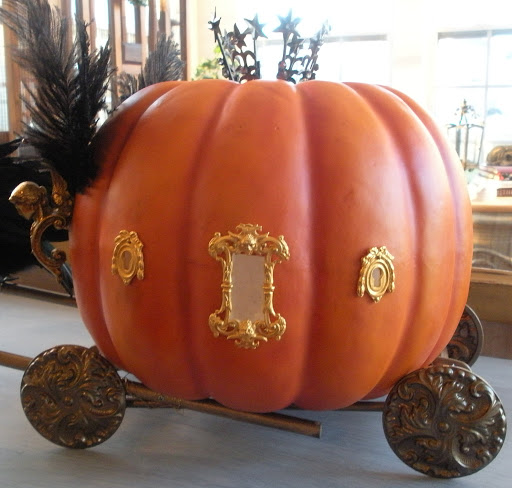 Detail of the Raven-Drawn Carriage.  Escutcheon keyhole covers for windows, ormolu as door and rein attachment.  Drapery tiebacks as wheels.  The angels were taken from a 1960's lamp table that I bought on Craigslist.  The table was hideous but the ormolu was heart stopping!  You may recognize the angels on the table beneath the carriage as well. 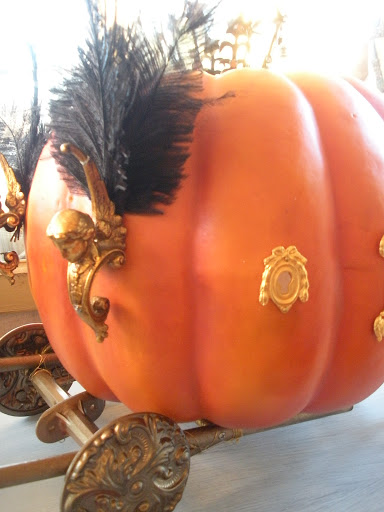 I added the ostrich plumes for a bid more grandeur.  See where I glued the tiebacks together?  This was a fairly simple project! I purchased the foam pumpkin at Target, under the assumption it was hollow and could be carved.  I was wrong.  It would have been nice to have a candle inside.  Oh well! 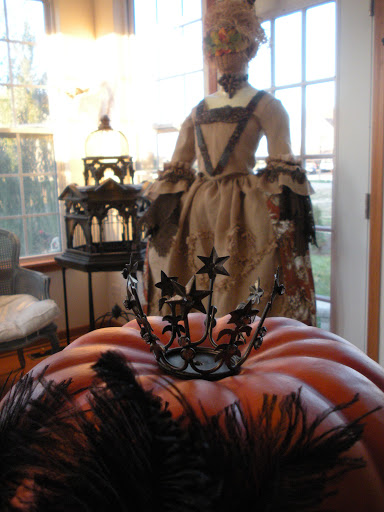 Crown detail...actually a candleholder from Wisteria. 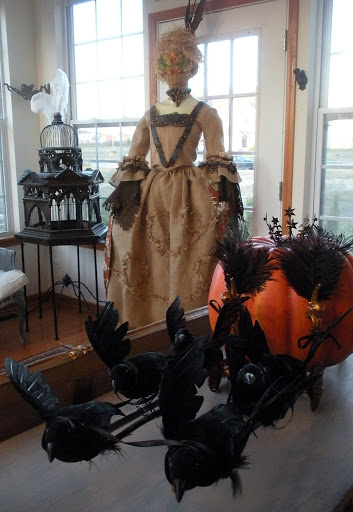 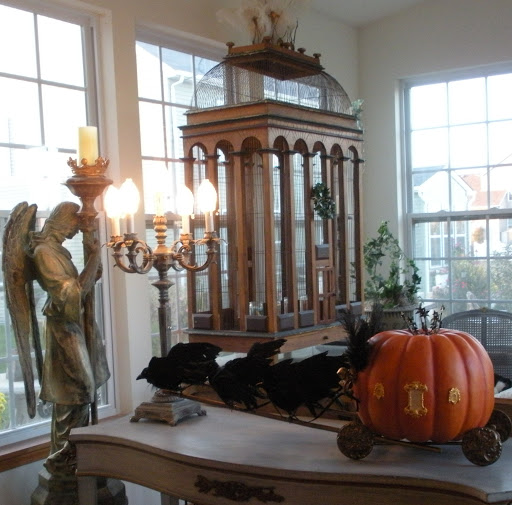 To the land of dreams...Did you know a group of crows is called a "murder"?  A murder of crows...spooky! 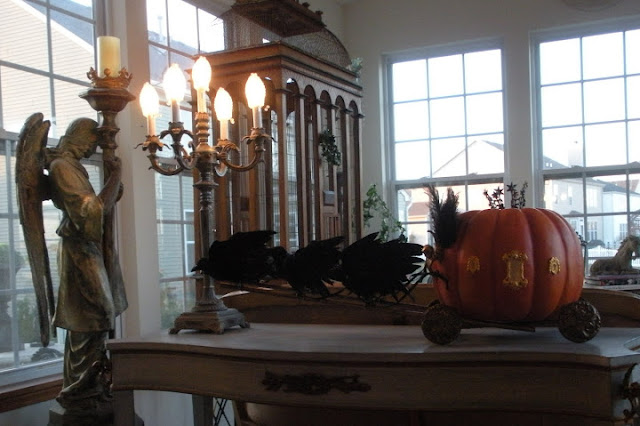 Another angle...the chassis was the most challenging part of this endeavor. I actually had all the parts in the basement, including the dowels.  I used wire and screws to fasten them together. I painted long dowel rods with bronze paint, then drilled holes to wire the birds through.  They came with wire attached to their feet. I screwed a brace at the base of the dowel rods to the birds would remain upright, then wired it at an angle to the chassis so it looked as if the birds were in flight. 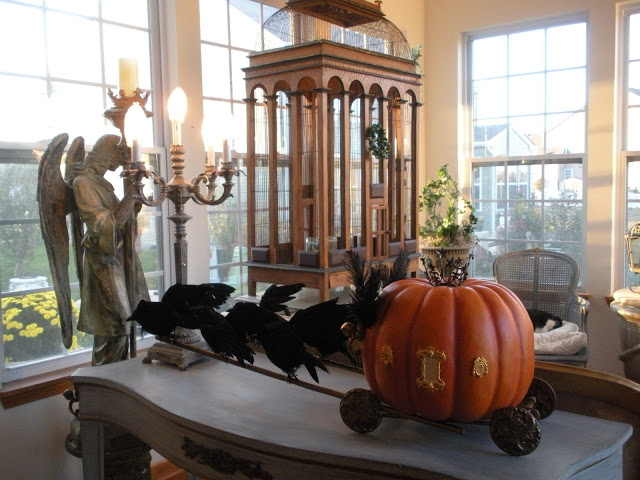 After I read the poem to Gracie and showed her the Raven-Drawn carriage that I made while she slept last night, she told me she could imagine herself in the carriage being drawn by blackbirds.  It is precisely what I wished for!

I hope I have changed the face of Halloween for Gracie.

Posted by Divine Theatre at 5:26 PM