Twelfth Night is a festival in some branches of Christianity marking the coming of the Epiphany and concluding the Twelve Days of Christmas.
A recent belief in some English-speaking countries holds that it is unlucky to leave Christmas decorations hanging after Twelfth Night, a belief originally attached to the festival of Candlemas which celebrates the Presentation of Jesus at the Temple (2 February). 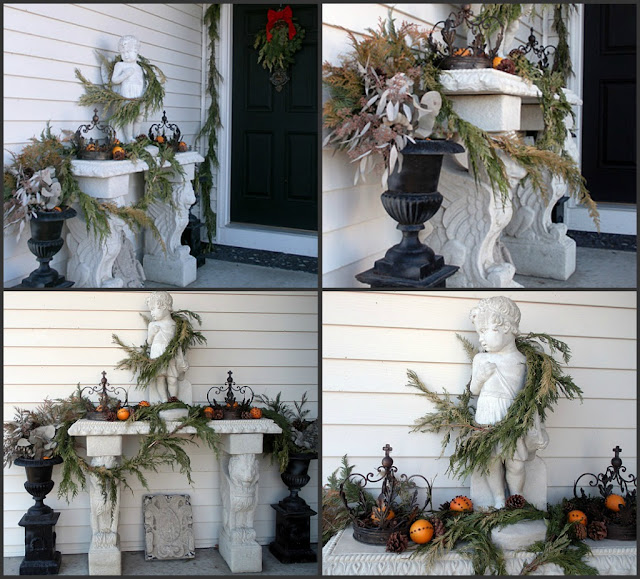 From Wikipedia:
In colonial America, a Christmas wreath was always left up on the front door of each home, and when taken down at the end of the Twelve Days of Christmas, any edible portions would be consumed with the other foods of the feast. The same held true in the 19th-20th centuries with fruits adorning Christmas trees. Fresh fruits were hard to come by, and were therefore considered fine and proper gifts and decorations for the tree, wreaths, and home. Again, the tree would be taken down on Twelfth Night, and such fruits, along with nuts and other local produce used, would then be consumed.
Let the Feast of Fools begin!
A celebration marked by much license and buffoonery, which in many parts of Europe, and particularly in France, during the later middle ages took place every year on or about the feast of the Circumcision (1 Jan.). It was known by many names — festum fatuorum, festum stultorum, festum hypodiaconorum, to notice only some Latin variants — and it is difficult, if not quite impossible, to distinguish it from certain other similar celebrations, such, for example, as the Feast of Asses, and theFeast of the Boy Bishop.
Posted by Divine Theatre at 2:39 PM