A few years ago, I shared  with you a poem that I wrote for my daughter in honor of Halloween.
That post can be found here.
I also shared the raven-drawn carriage that I created in conjunction with the poem. 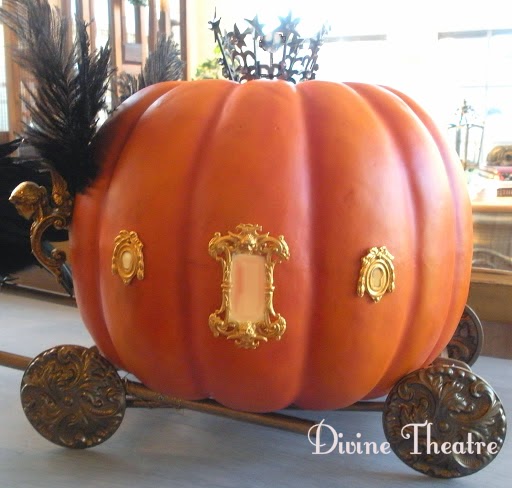 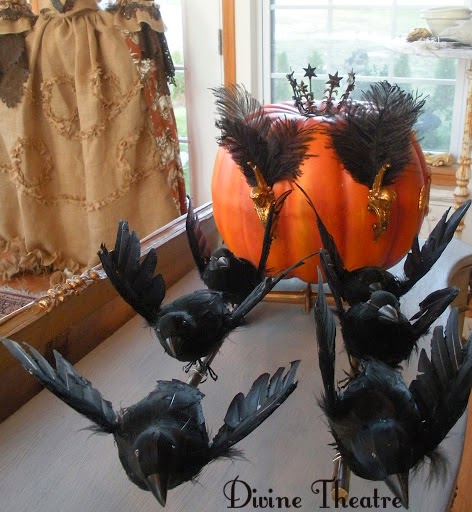 Today, Gracie told me that it gives her peace to see the carriage, to know that Halloween is bigger and more meaningful than zombies and severed heads. 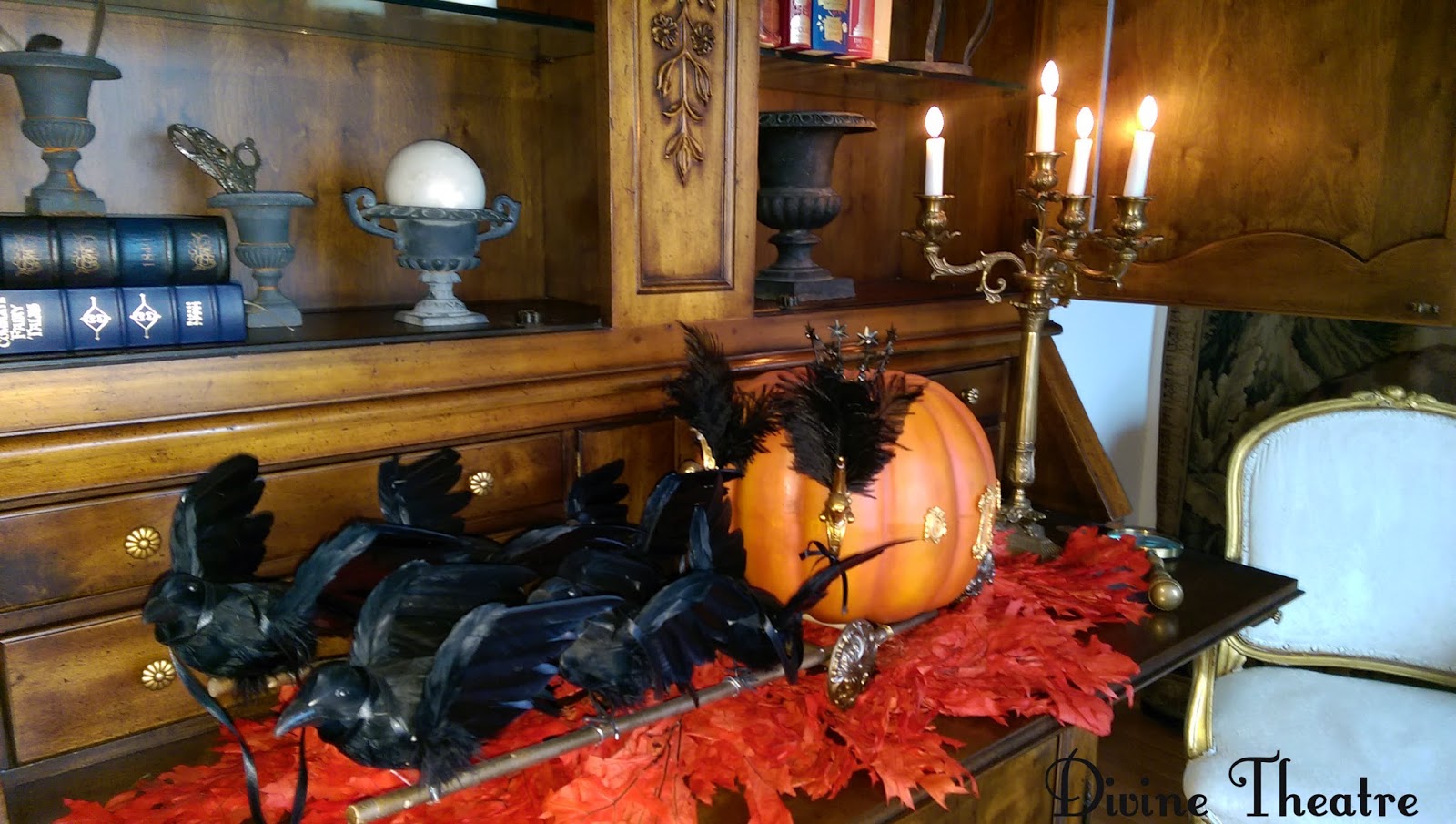 I don't know about you guys, but when when one of my schemes goes as planned I tend to get pretty full of myself.
That is, until I burn dinner or forget to make dinner altogether because I am immersed in yet another scheme.
Plus, I can't sing.  So I should stop.  The cats are getting restless.


I thought I would share the poem with my new followers today.  Maybe you have children at home or perhaps it is you who needs to be reminded of the reason behind this holiday! 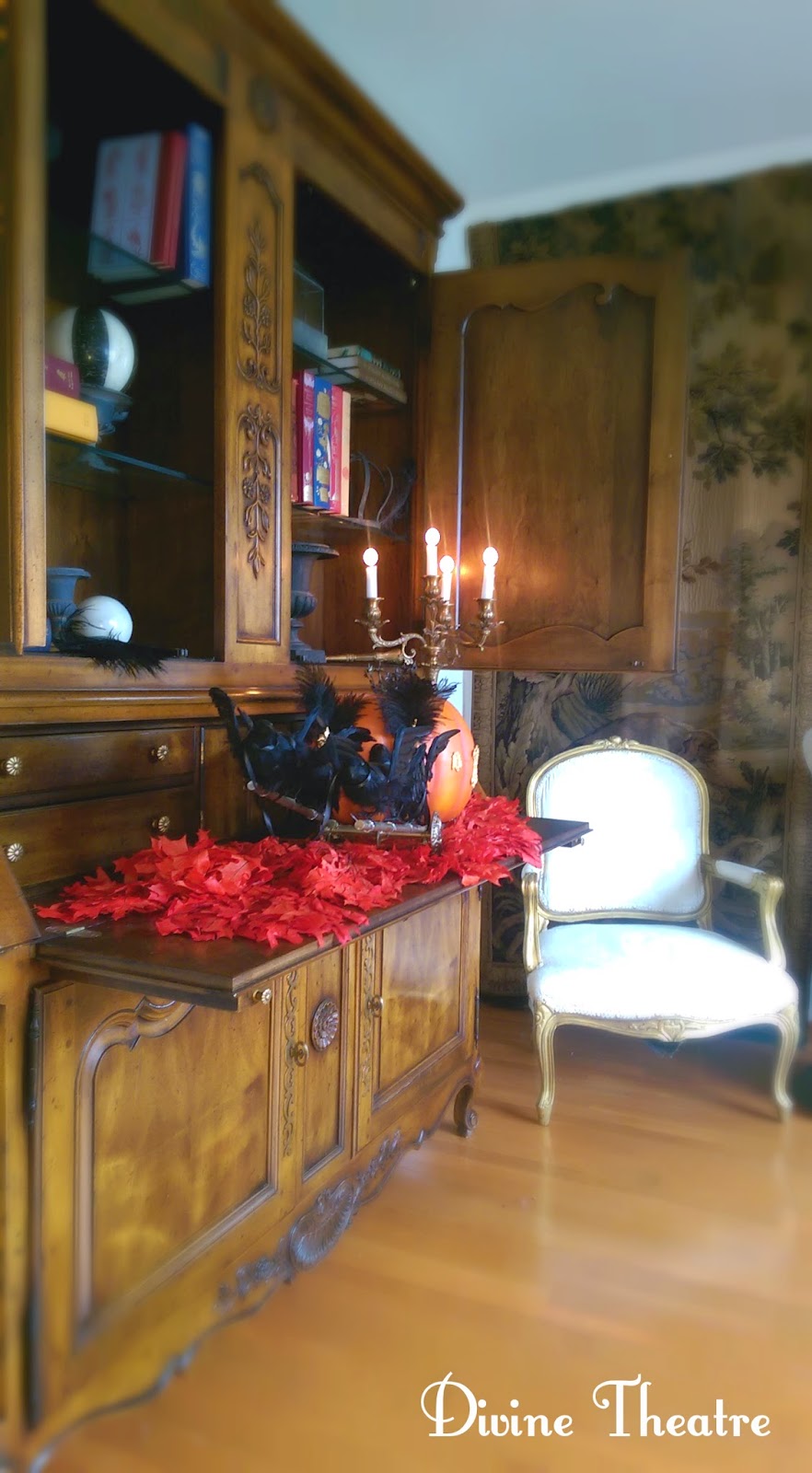 We placed the carriage in the Music Room this year. 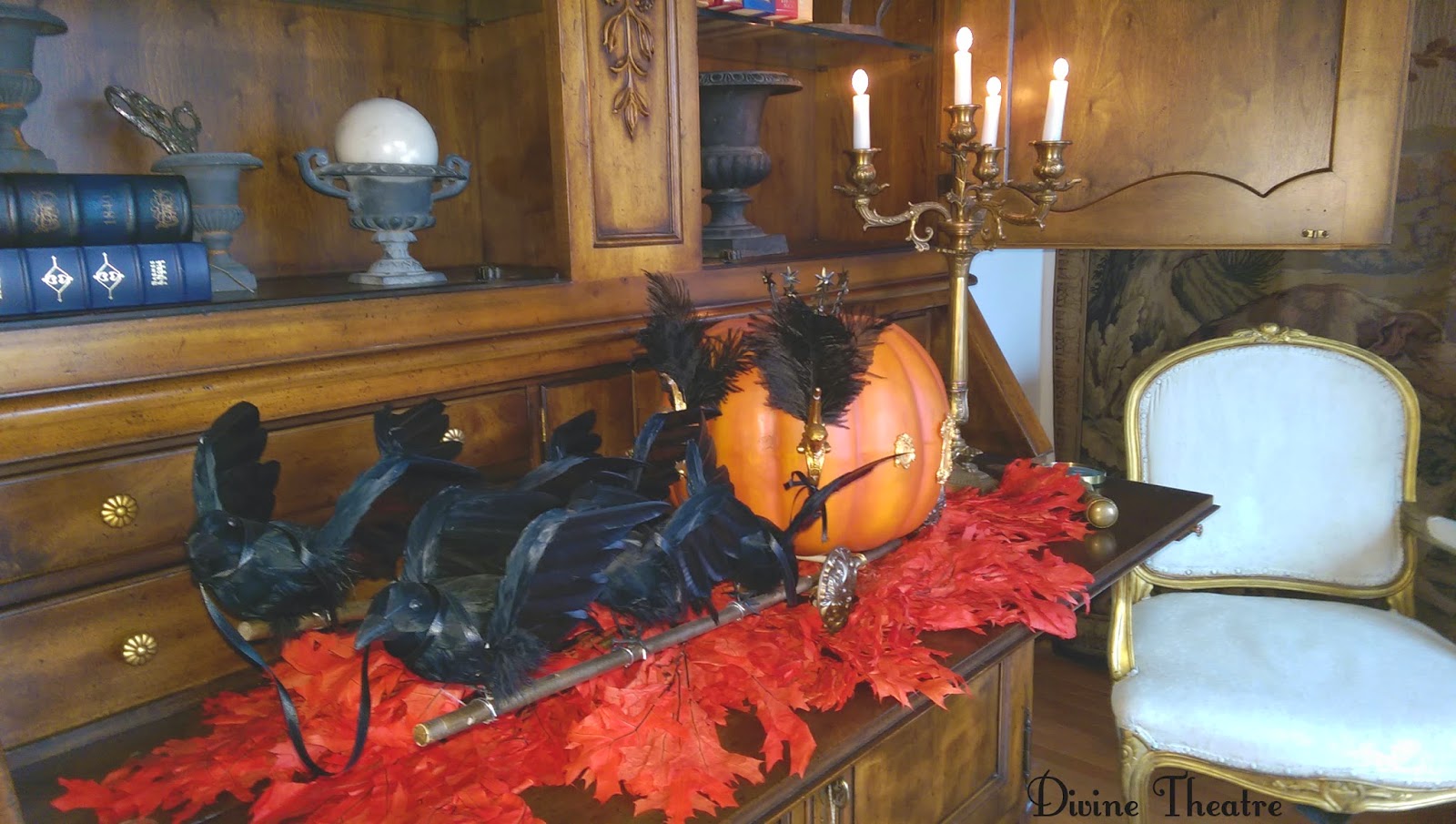 We found a stunning Louis XVI secretary on Craigslist.  The desk is the perfect spot for dreams to take flight!
Note the fauteuil (pronunciation) on the right...I painted the fabric with Annie Sloan Old White. 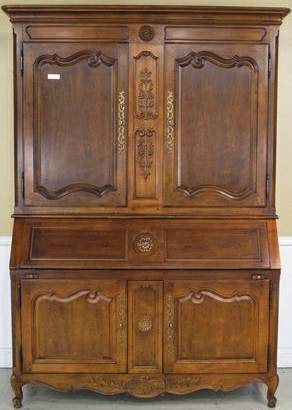 I cannot believe this secretary didn't fly off of Craigslist!  Would you hate me if I told you I paid $500?
I feel like I stole it! Am I the only one who does this?  I have this nagging feeling like I did something wrong!  LOL! 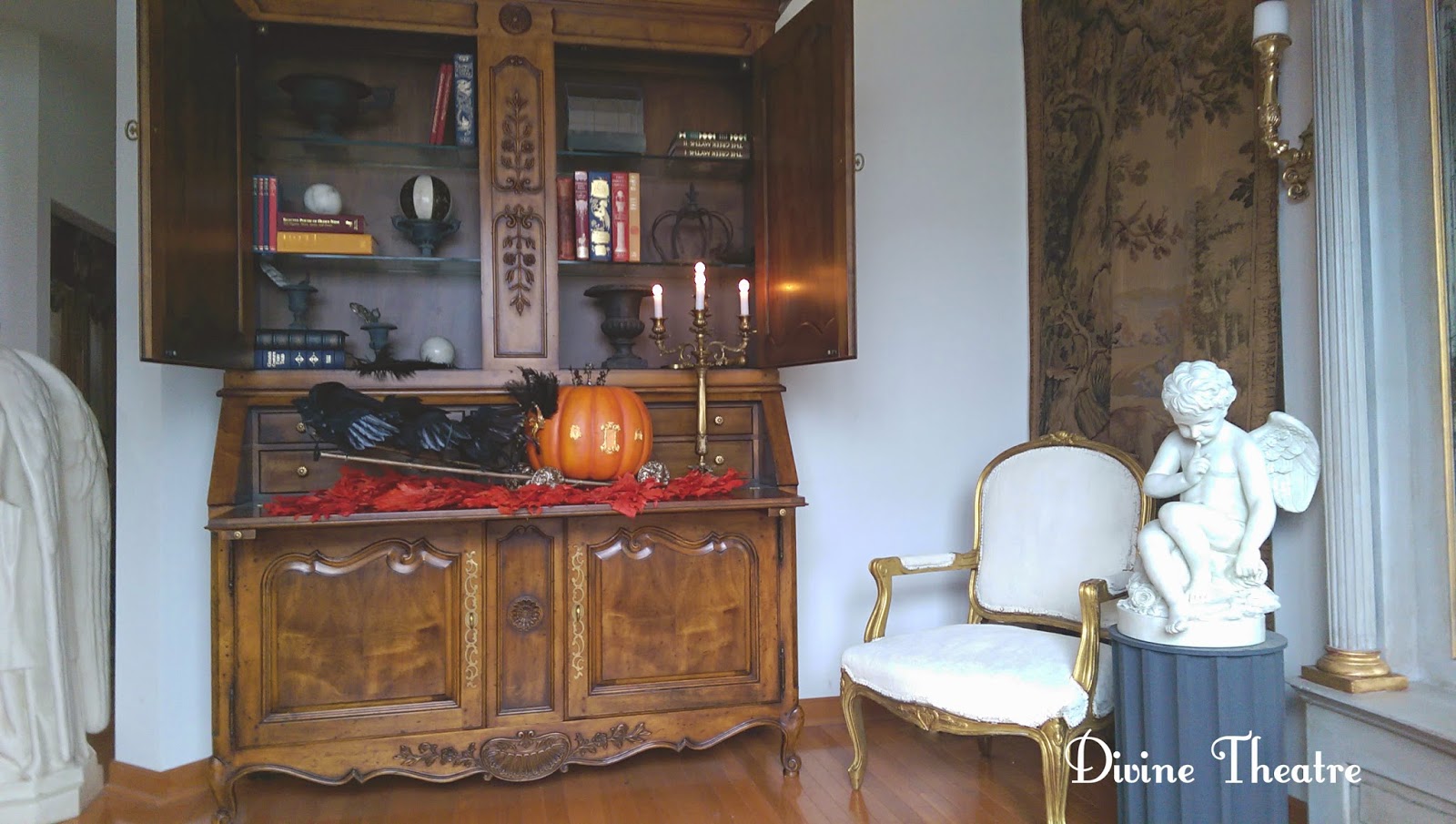 The secretary desk also covers the opening in the wall!  Rather than pay to have walls installed in the openings, I placed tapestries, a pier mirror and this secretary over the openings.  That way, when we move, the house's open concept remains untouched.
...and it still cost way less than new drywall. How do you like that?! 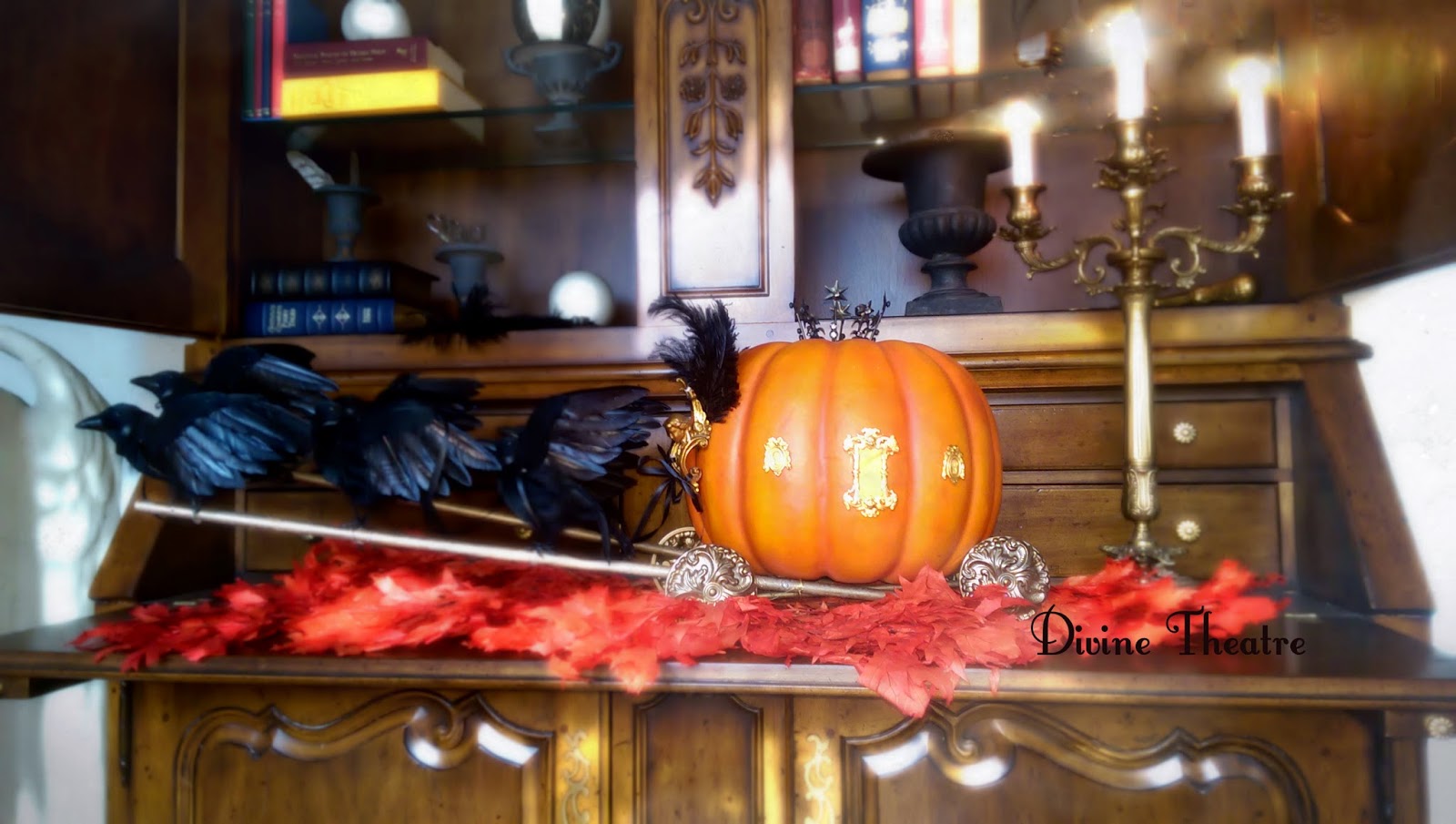 The Louis XVI secretary is huge!  It is five feet wide and eight feet tall! 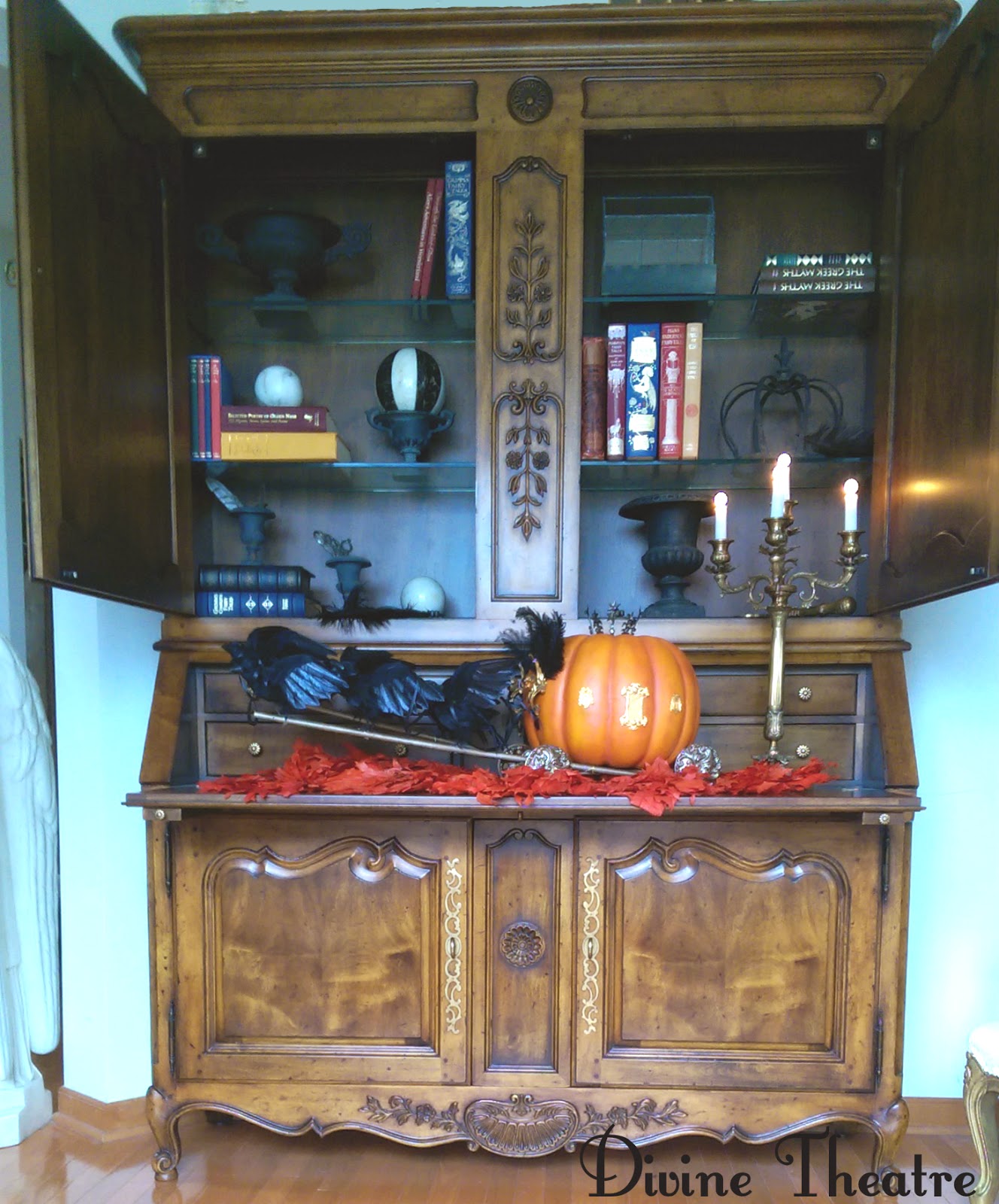 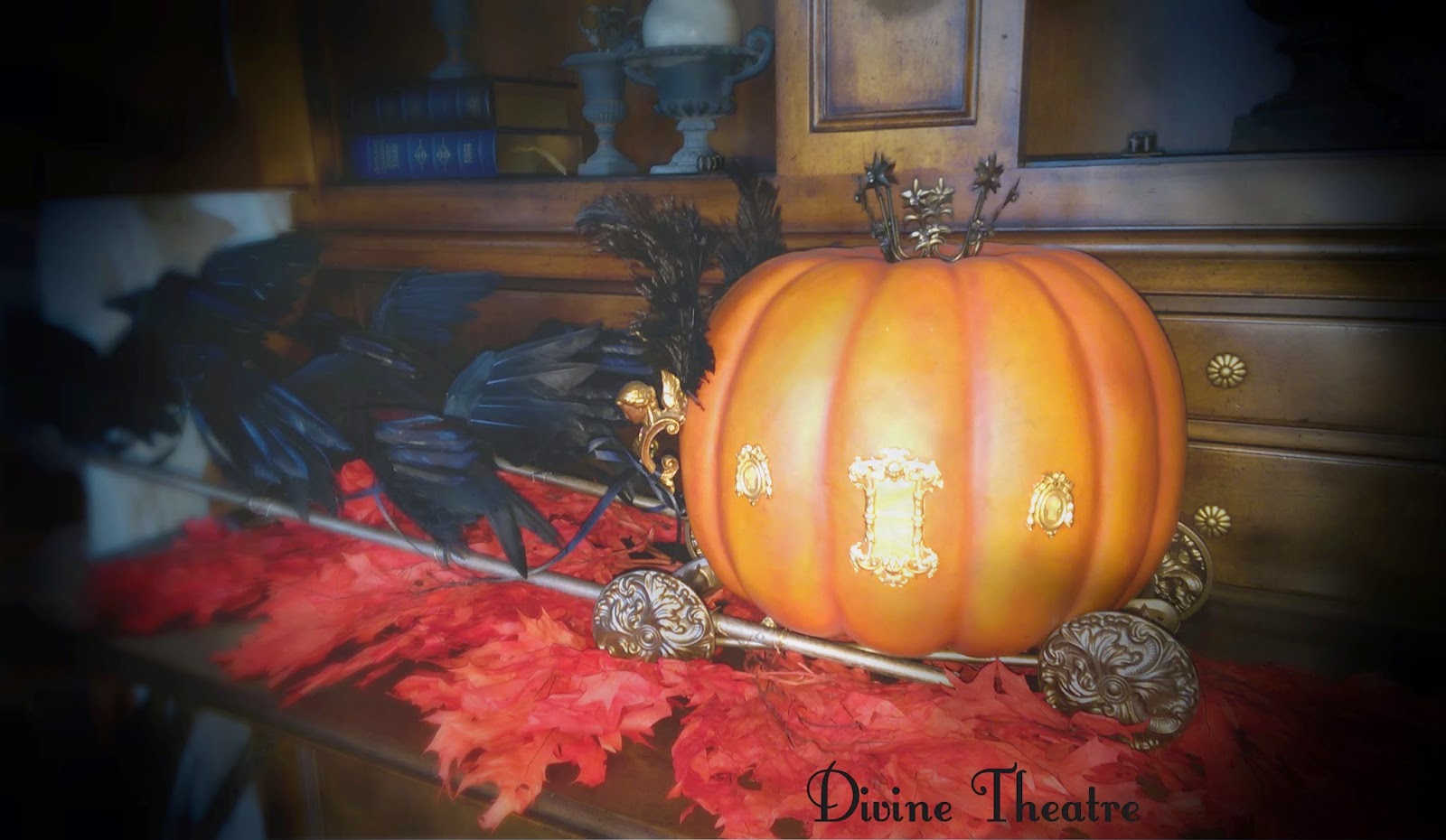 The night is upon us, so we had better get to it!

Having Fun in the Playroom!

Thank you for your well wishes and prayers for my father-in-law.  Though he was not able to have the surgery, he is doing well.  His very adept doctors chose another course of treatment and he is responding very well...better than even anticipated!
I was moved by your kind words and prayers and shared them with my in-laws.  Thank you, my friends, from the very depths of my heart.

We needed a distraction from the harsh realities of life.
What could be more cheerful than a child's playroom?
This Summer, I turned my attention to Gracie's playroom.  As we all know, toys seem to accumulate, and before you know it, they can take over a room...or a house!  LOL!
This is HER playroom and toys are part of the deal.  We found lots of ways to store them so the room looks nice when she isn't playing, though.

I wanted her to feel as if she were in a real castle when she plays make believe.

It is very princess-y but even handsome husband enjoys spending time in here...in a very masculine Knight of the Realm way, of course. 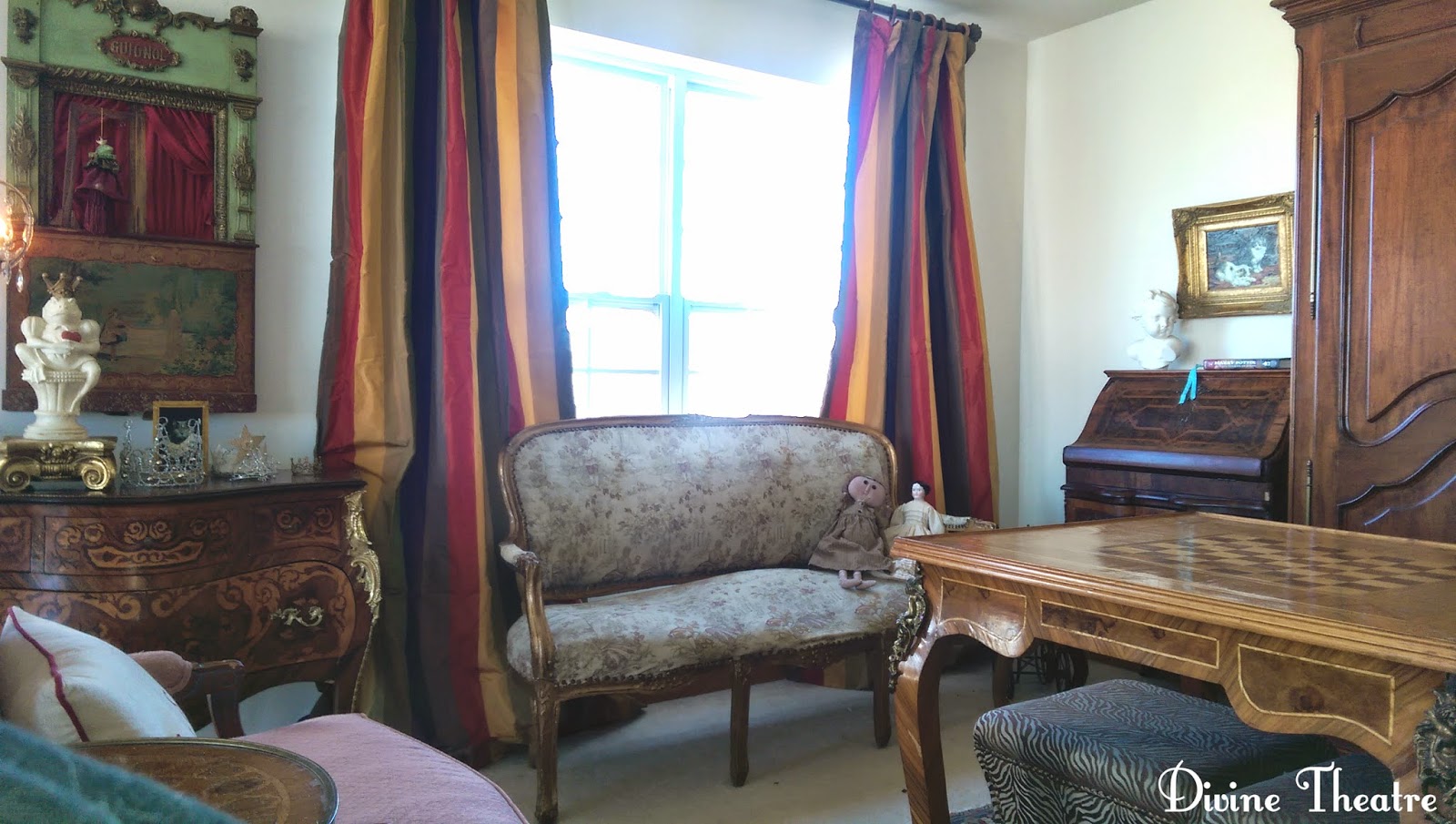 I scoured Craigslist for pieces for Gracie's playroom.  The settee will be replaced with a Louis XVI daybed, which is currently being reupholstered. 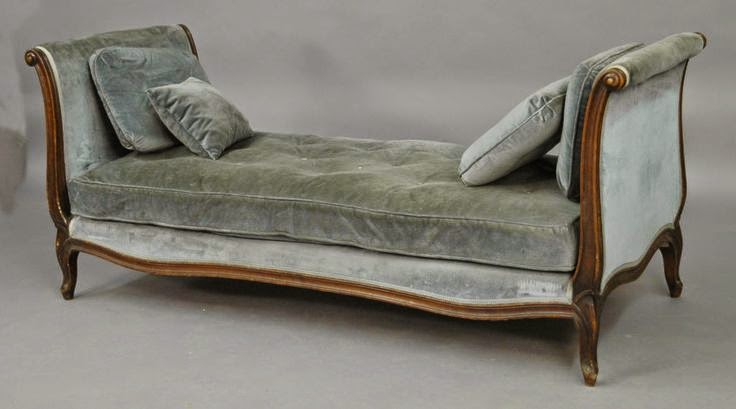 I chose a neutral color for the daybed.
This one, from 1st Dibs. 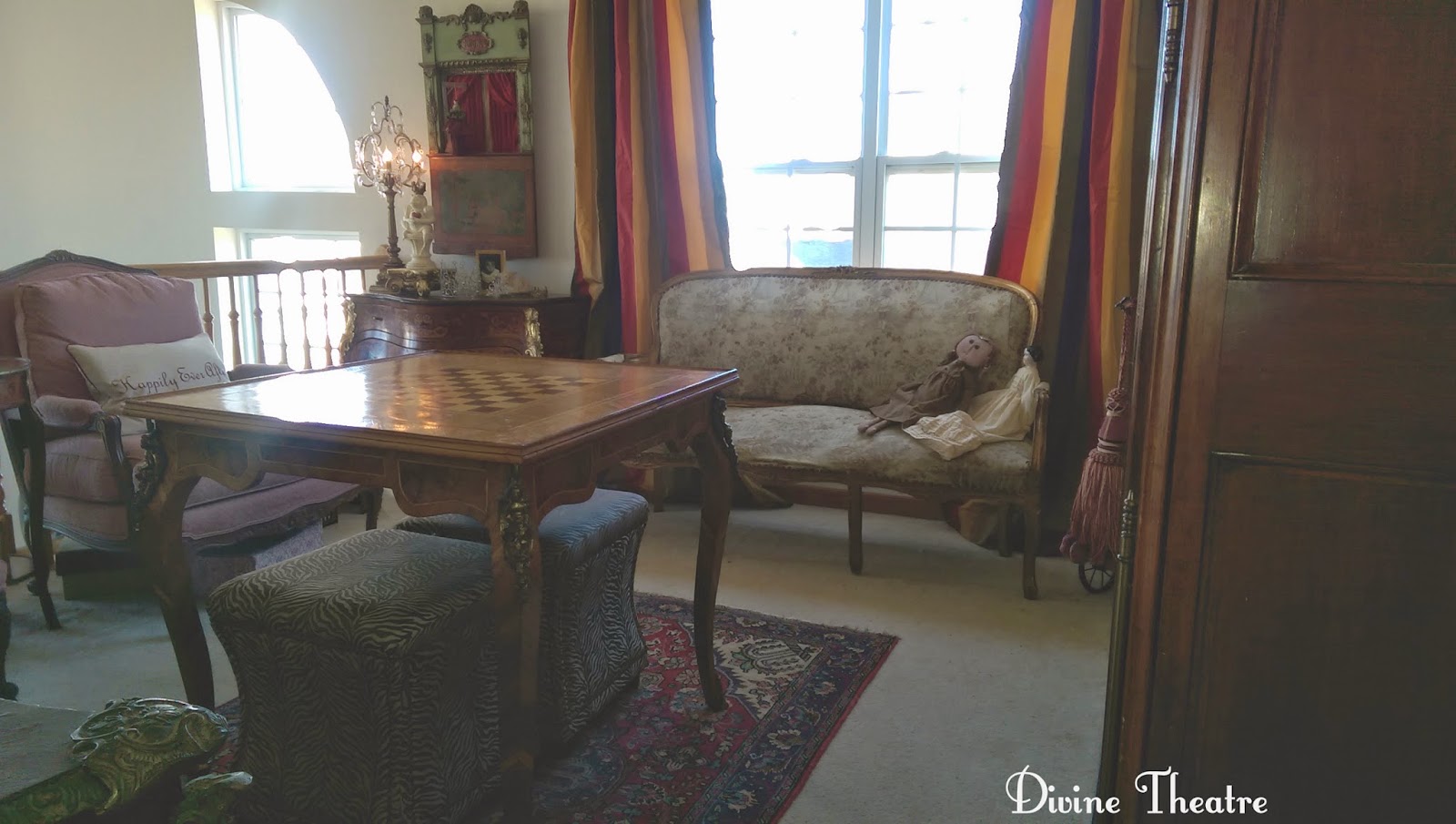 Gracie chose these beautiful drapes herself, from Half Price Drapes!  They match perfectly with her antique French puppet theater!
The bright light from the wall of windows in the family room make this a sunny place year-round! 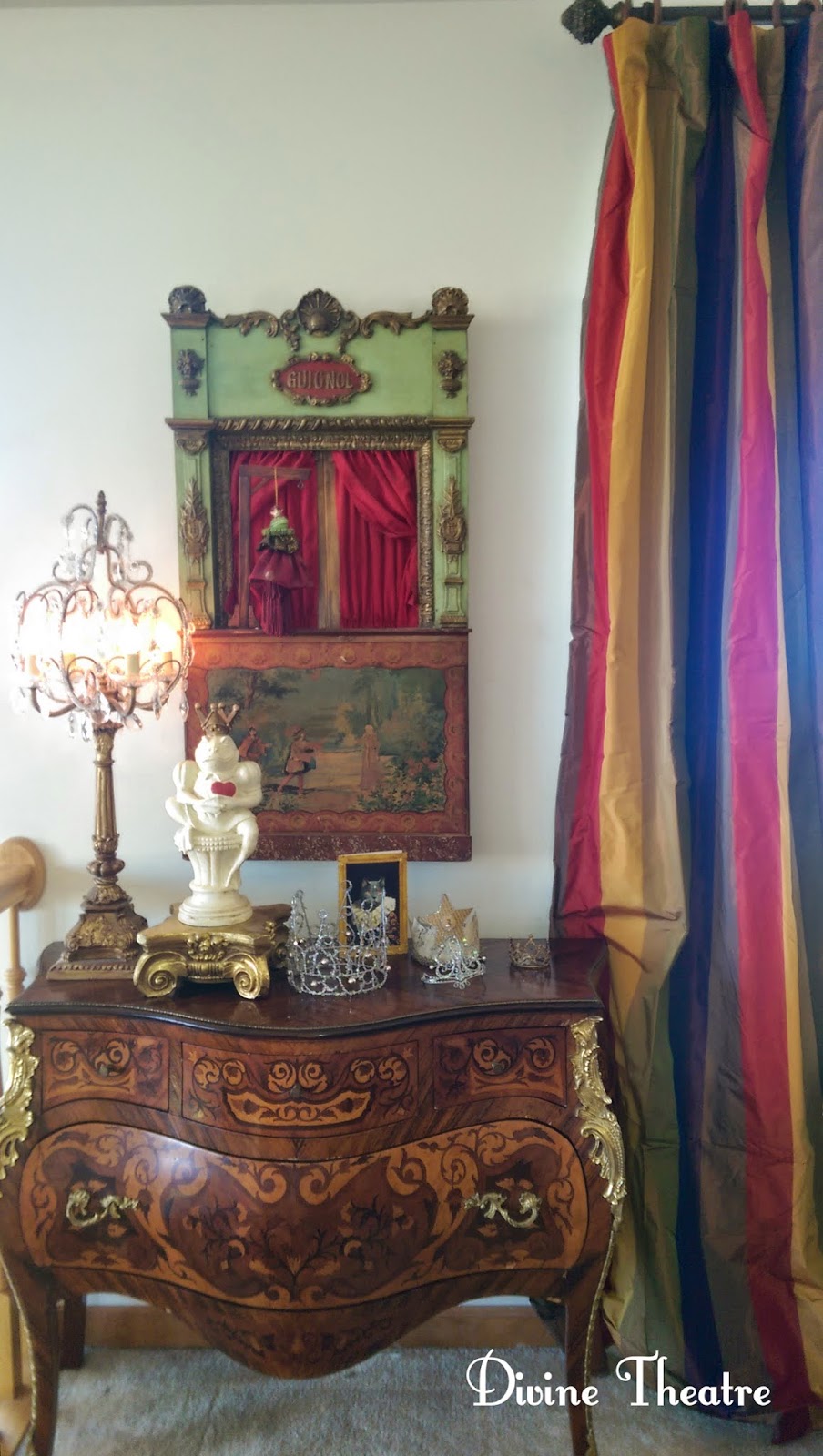 This bomb'e commode was a Craigslist find.  The gentleman we purchased it from used it as a prop in his photography studio.  He gave us photos from magazines that show this piece.  He also told us where to find the best Italian bakery in Chicago! 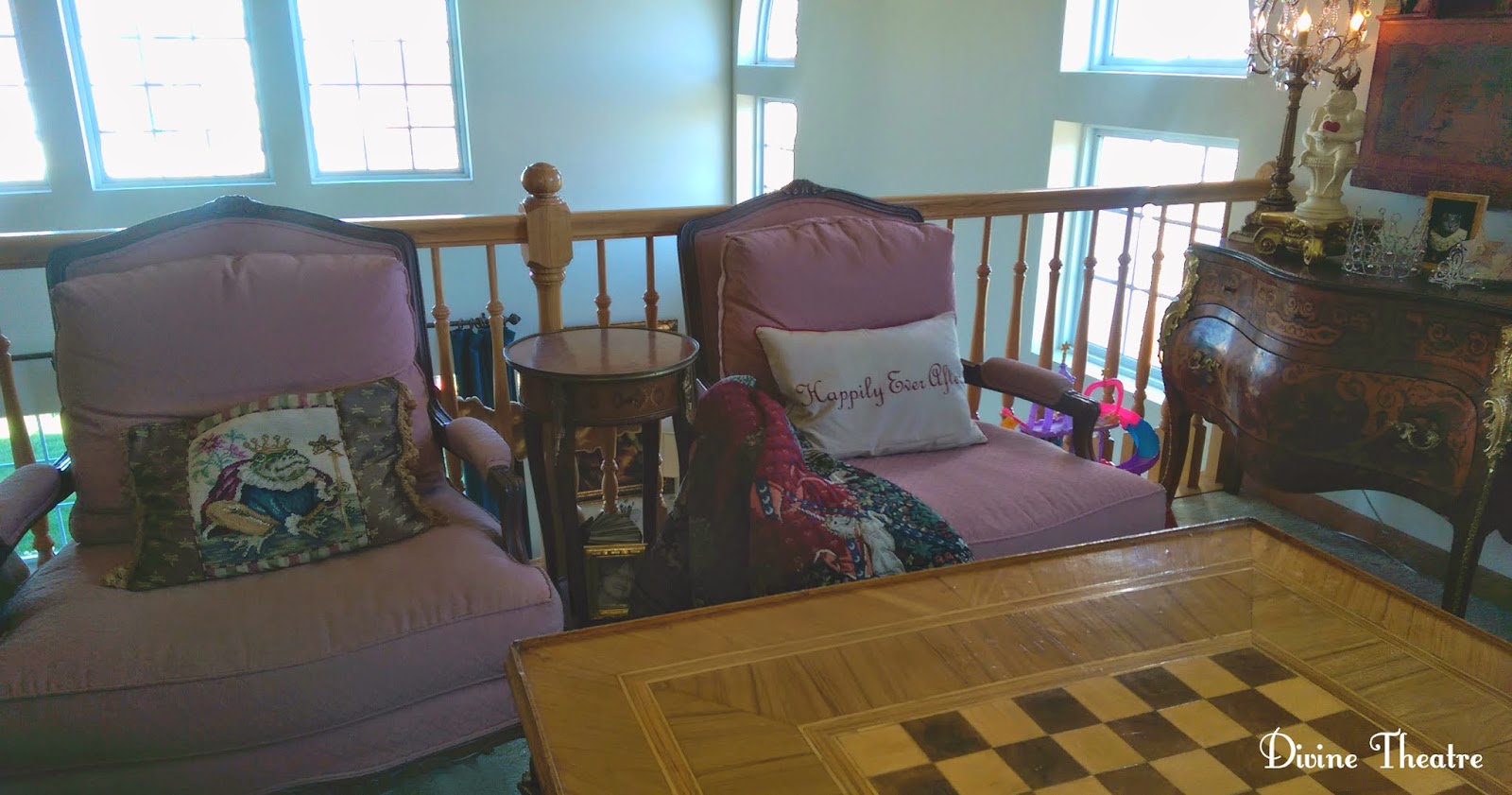 The chairs will be reupholstered in a unicorn tapestry.  For now, pink works! 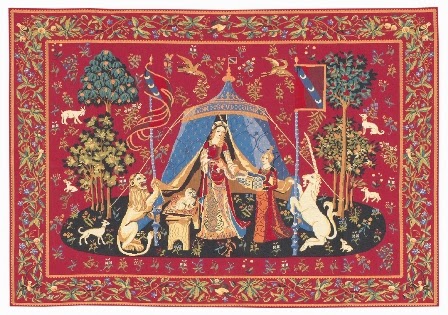 I bought the tapestry to hang in another room but it doesn't work with the 18 ft tall ceilings.  It will be perfect for the upholstery.  Don't worry...it isn't antique. 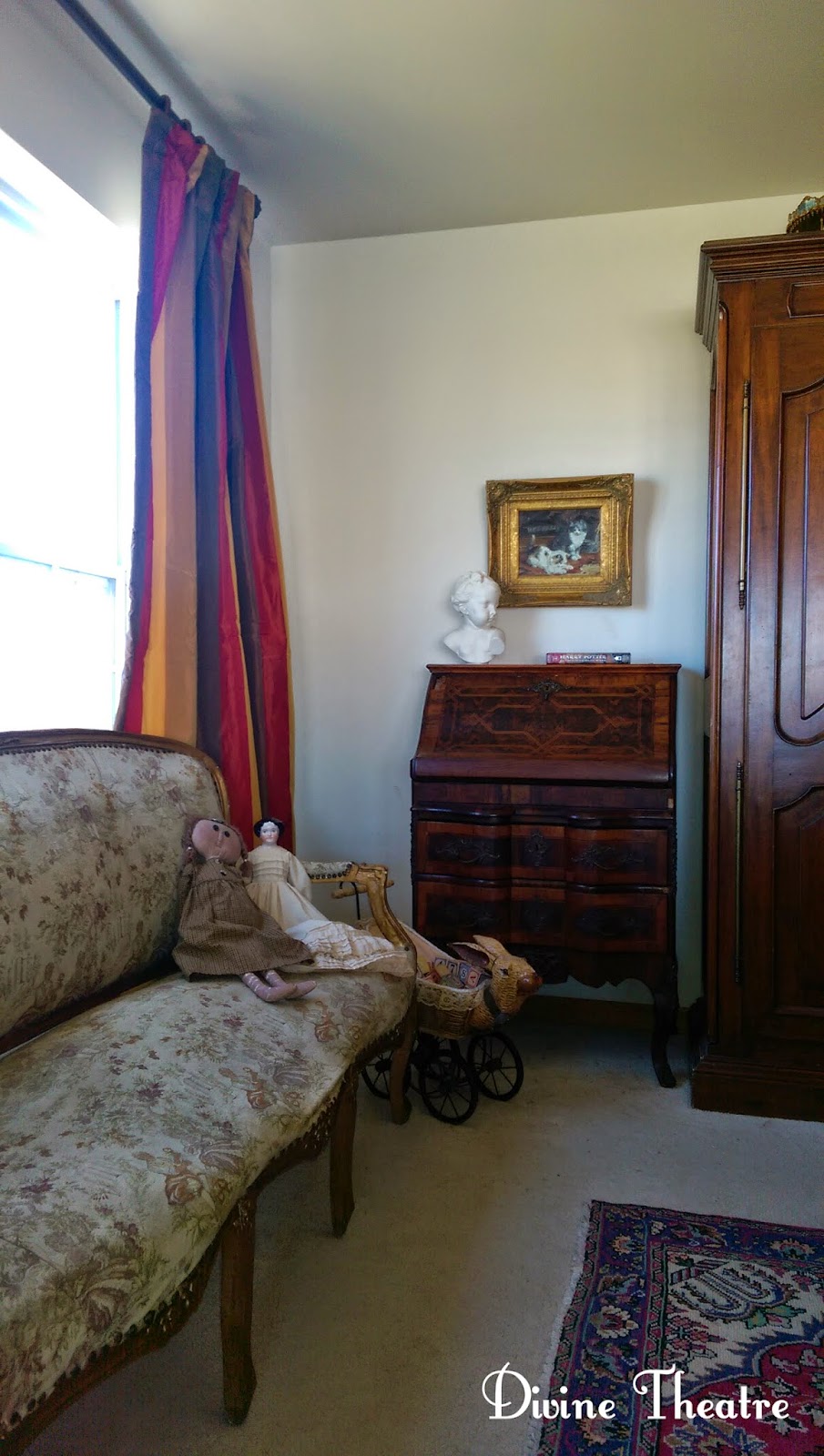 I found this stunning French marquetry inlaid secretary on Craigslist!

It is the perfect spot for schoolwork or drawing ponies on her iPad!

I created the kitten painting for Gracie before she was born.
The marble bust was the first piece I bought for her nursery.  I smile every time I look at it! 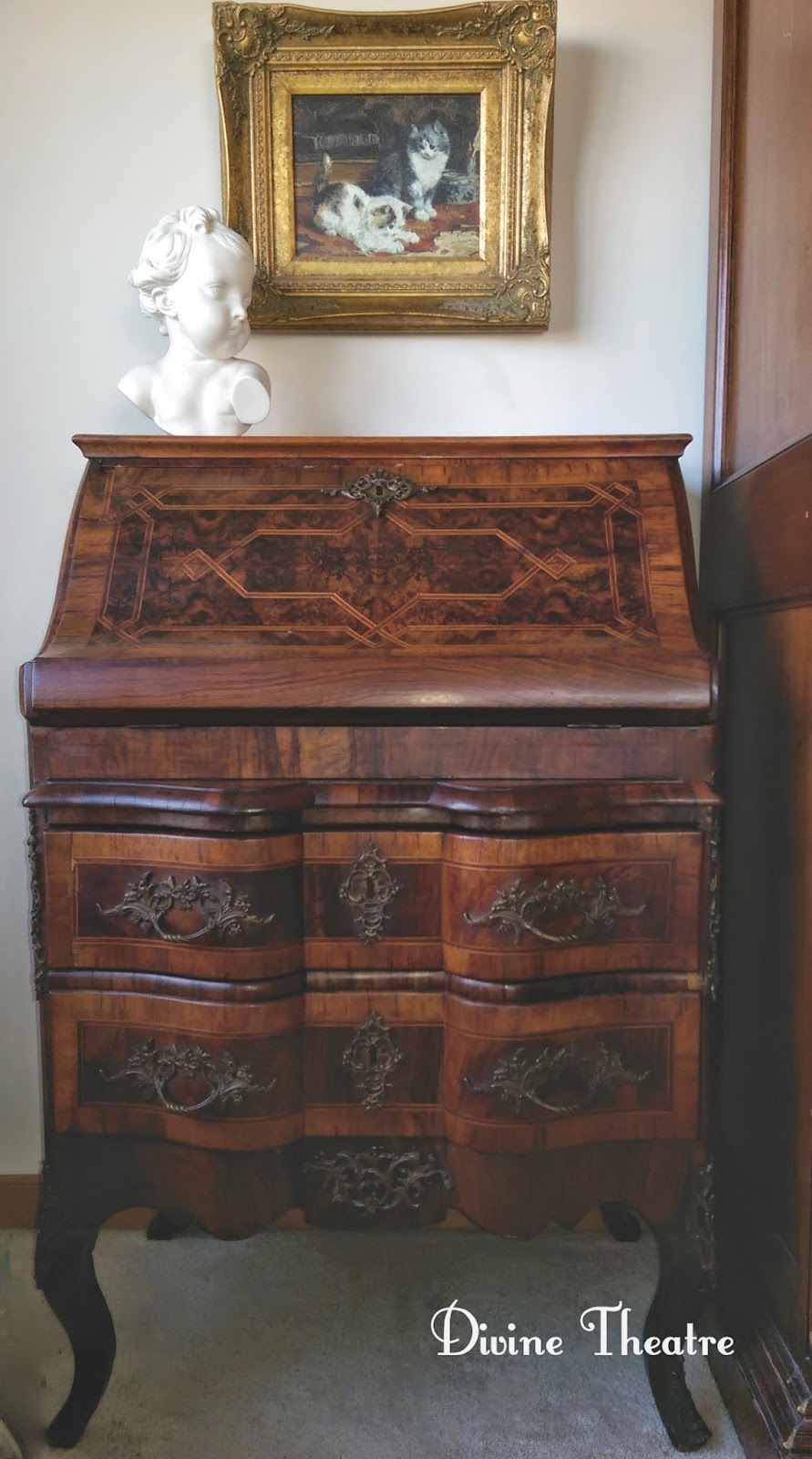 It is difficult to show the stunning details of this piece.  The marquetry inlay is like nothing I have ever seen before. 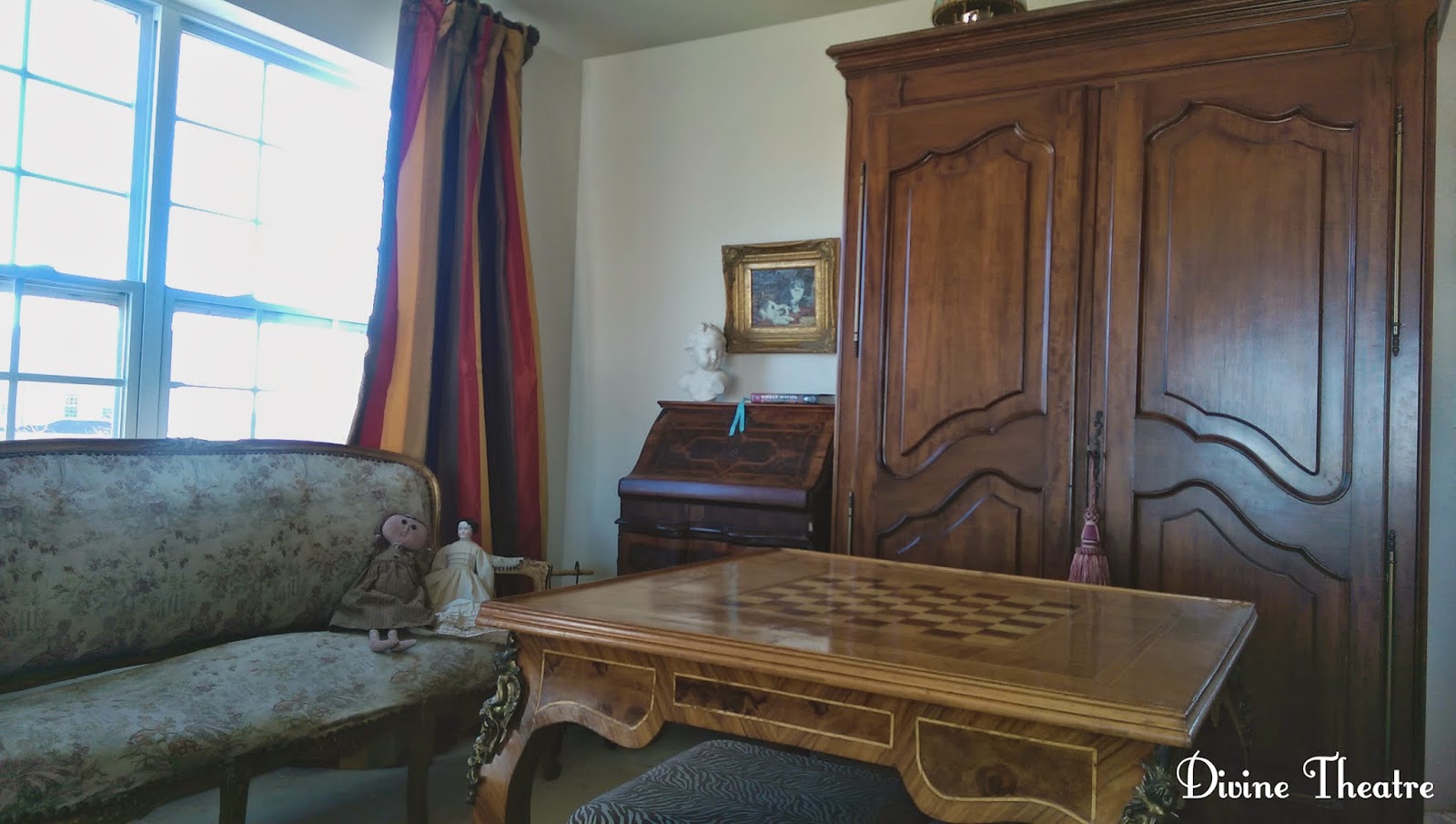 Her television is kept in this armoire and she can use the chess table to draw or play with her My Little Pony figures, when we are not playing chess.  I placed two ottomans under the table to use as footstools with the chairs, for watching television, or as stools to play at the table.
It is hard to photograph the true colors of the wood because this area gets lots of sunlight.  It is quite a bit darker than portrayed.  The French settee is gilt. 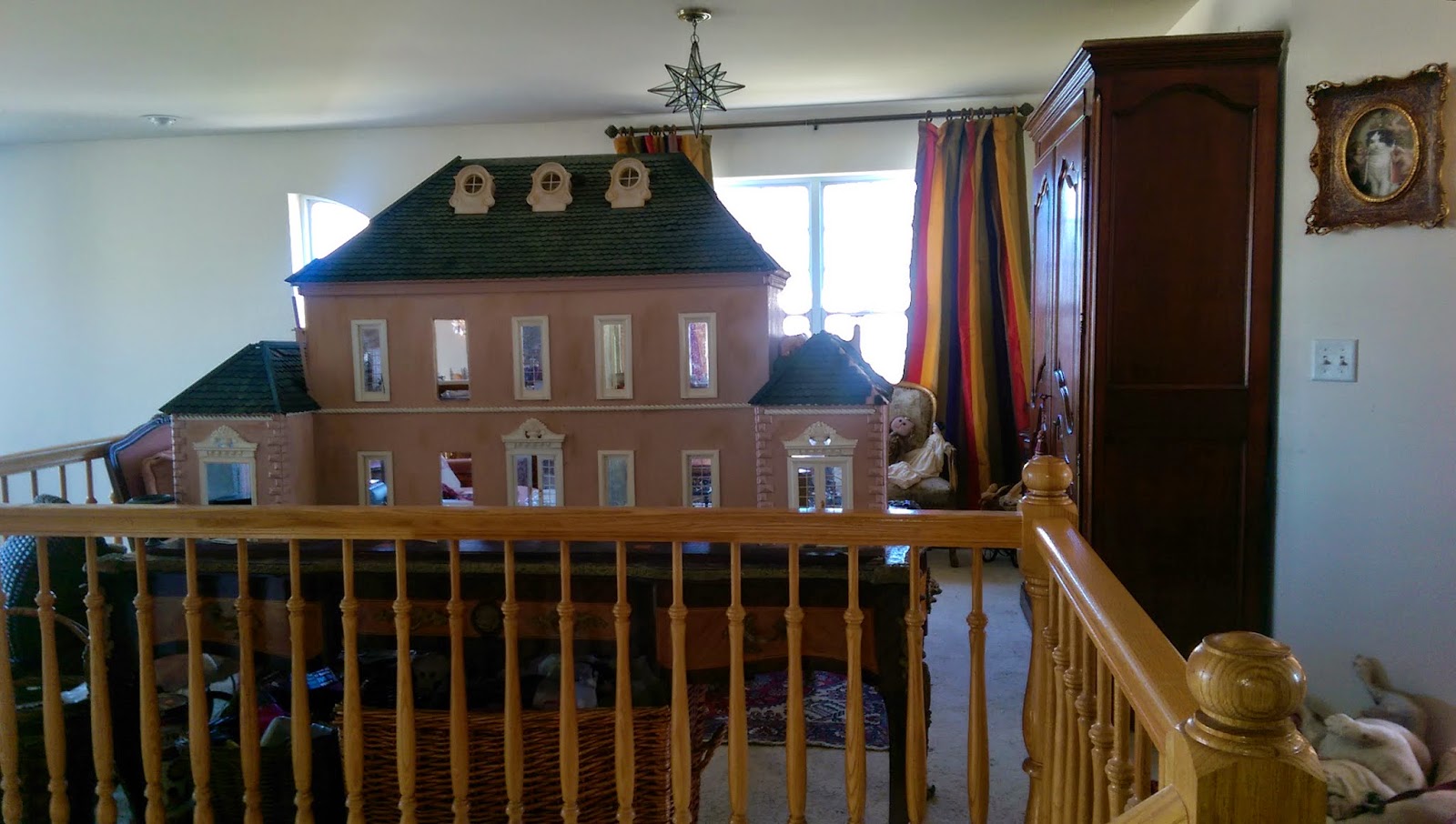 The playroom is in the loft area.  I can hear her from anywhere in the house, which is comforting.  Her dollhouse, a gift from Santa, sits on a bureau plat, which is difficult to see through the railing. We have the doors for the dollhouse openings and we will be spending more time on the dollhouse this Winter.  If you look in the lower right-hand corner, you can see our bulldog, Tallulah, snoring away on her back...feet in the air!  LOL!

I still cannot decide whether to paint the railings grey or white...or off-white...or black.
I do know I will go insane if I have to look at that builder's oak orange for much longer!

I hope you enjoyed these images of Gracie's playroom as much as I enjoyed creating the space!

I'm off to visit you!

Sharing with:
Kim, at Savvy Southern Style, Wow Us Wednesdays!
Pamela, at Between Naps On the Porch, Treasure Hunt Thursday!
Kathryn, at The Dedicated House, Before and After Wednesdays!
Courtney, at French Country Cottage, Feathered Nest Friday!