I have decided to pretend I have not been an absentee blogger. As a matter of fact, I am going to behave as if I was here the entire time.

Furthermore, I was hoping you wouldn't mind playing along.

Do you want to see what I have been up to? 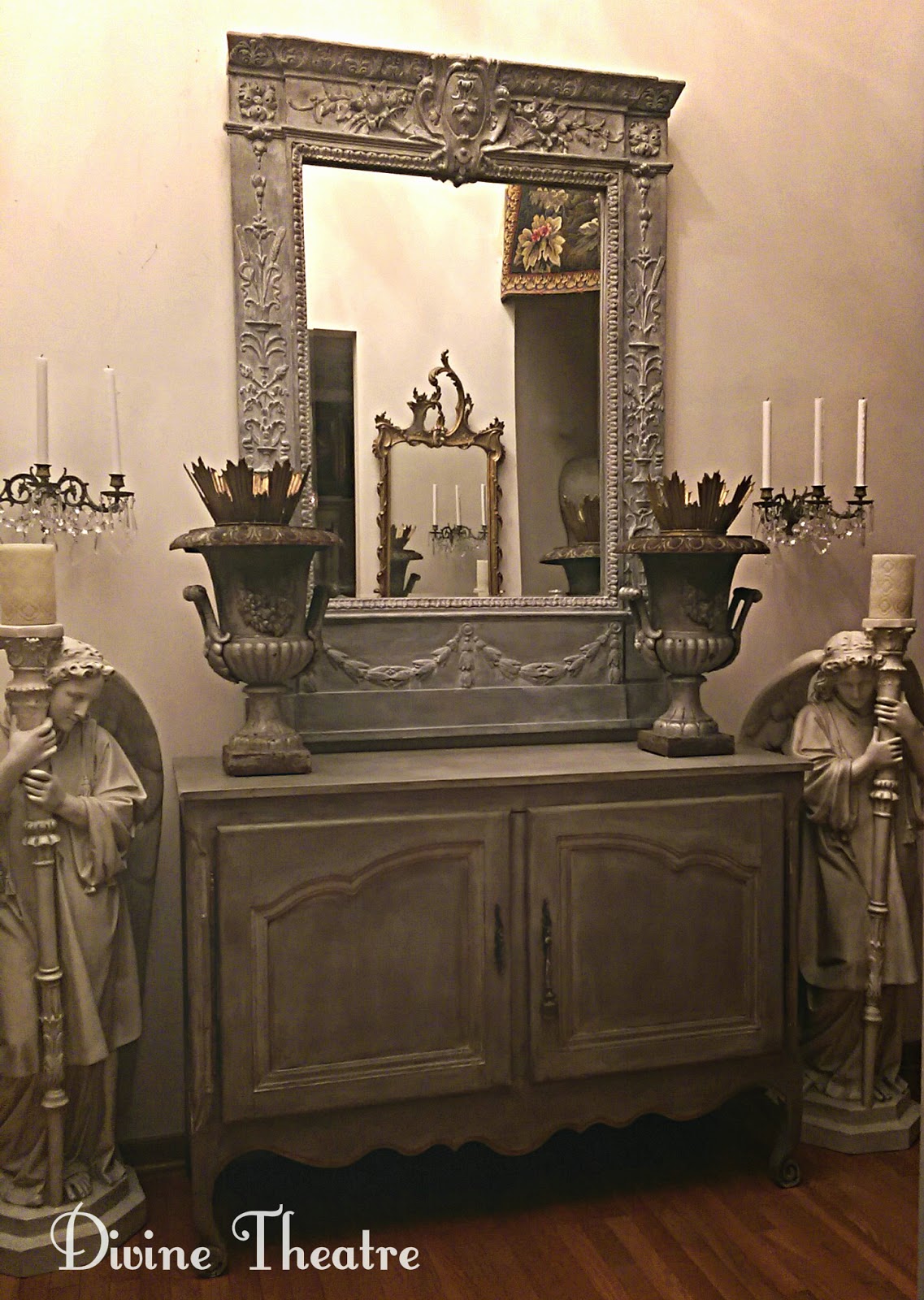 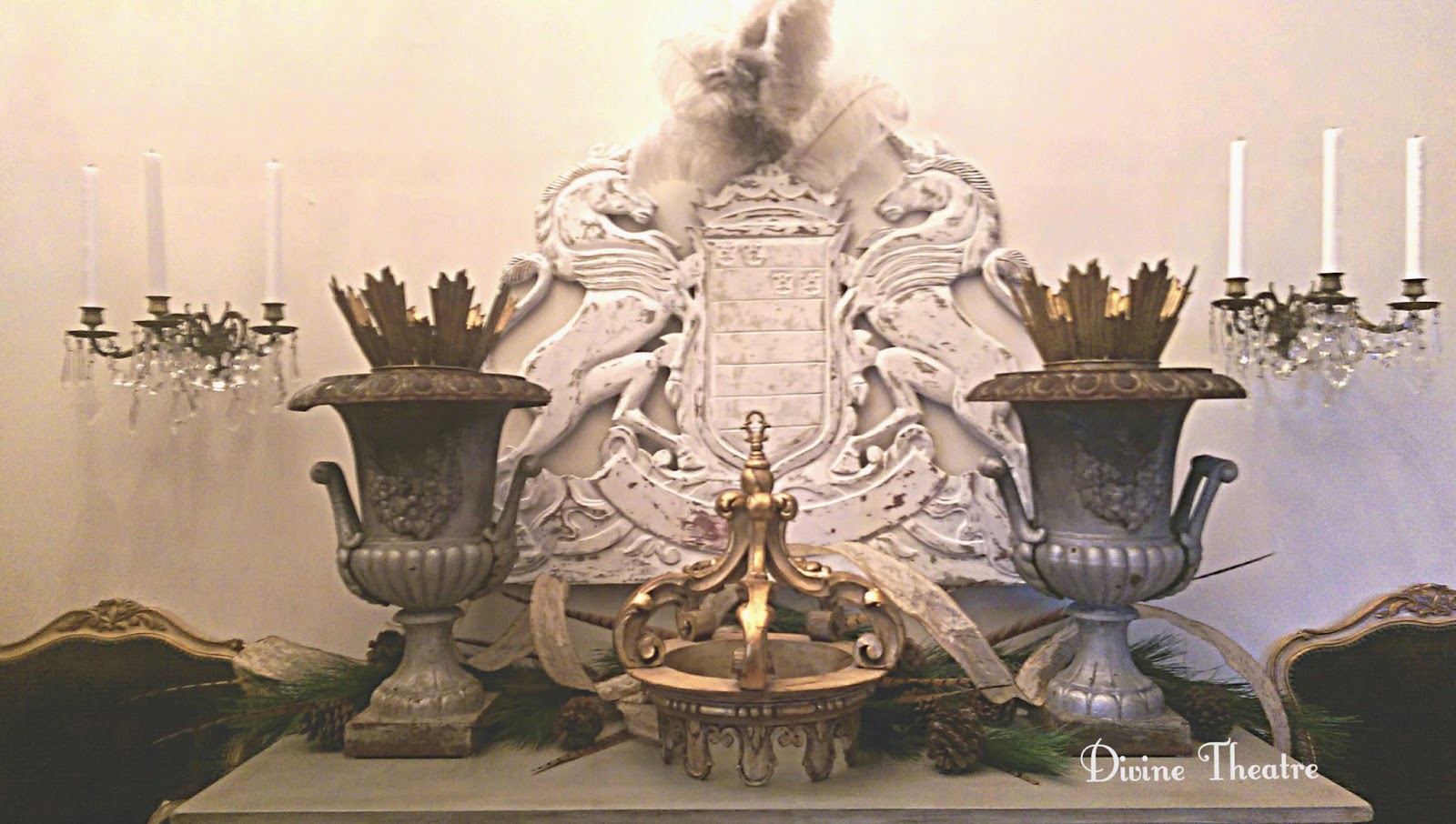 You may recall that this is what it looked like this past Christmas. 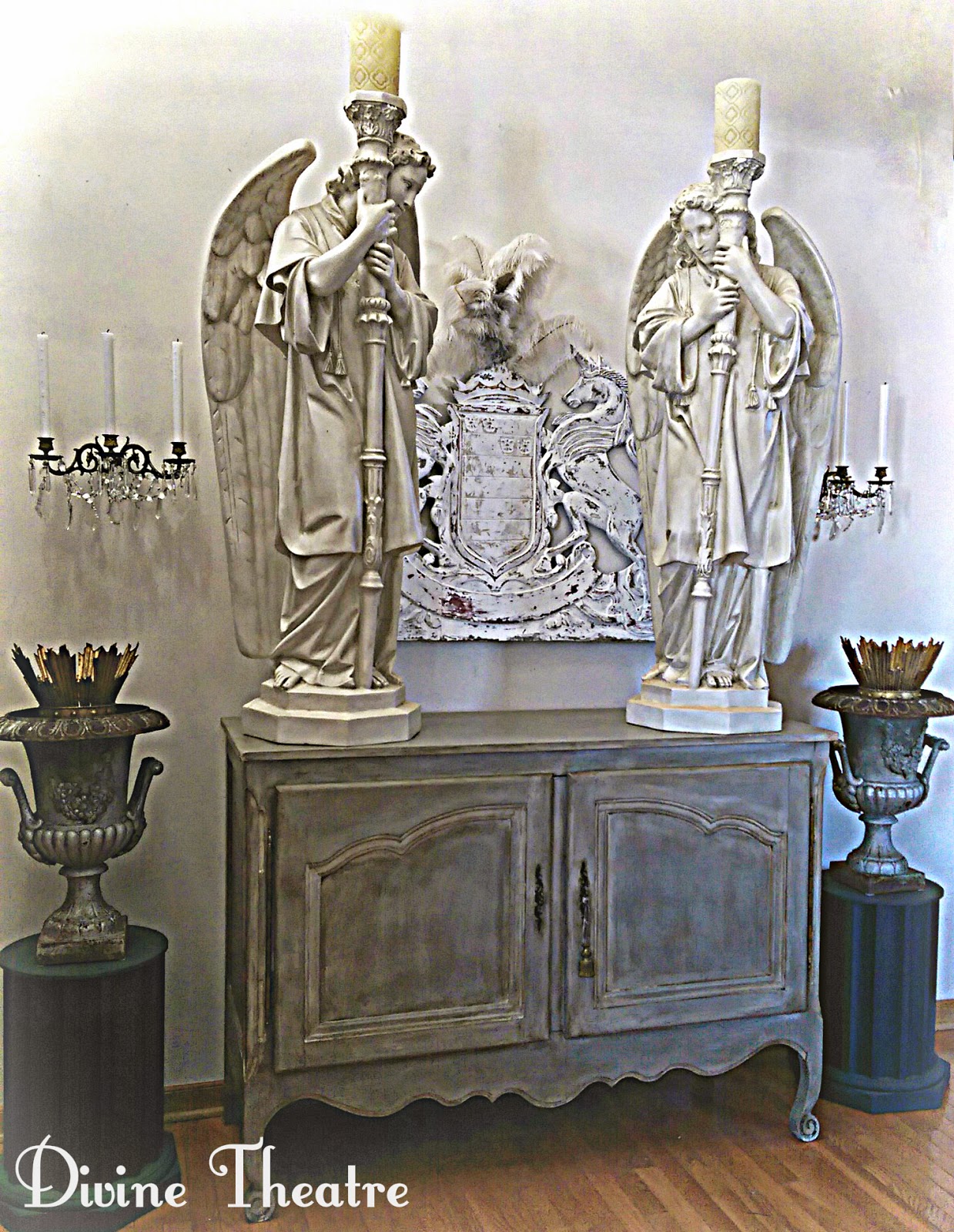 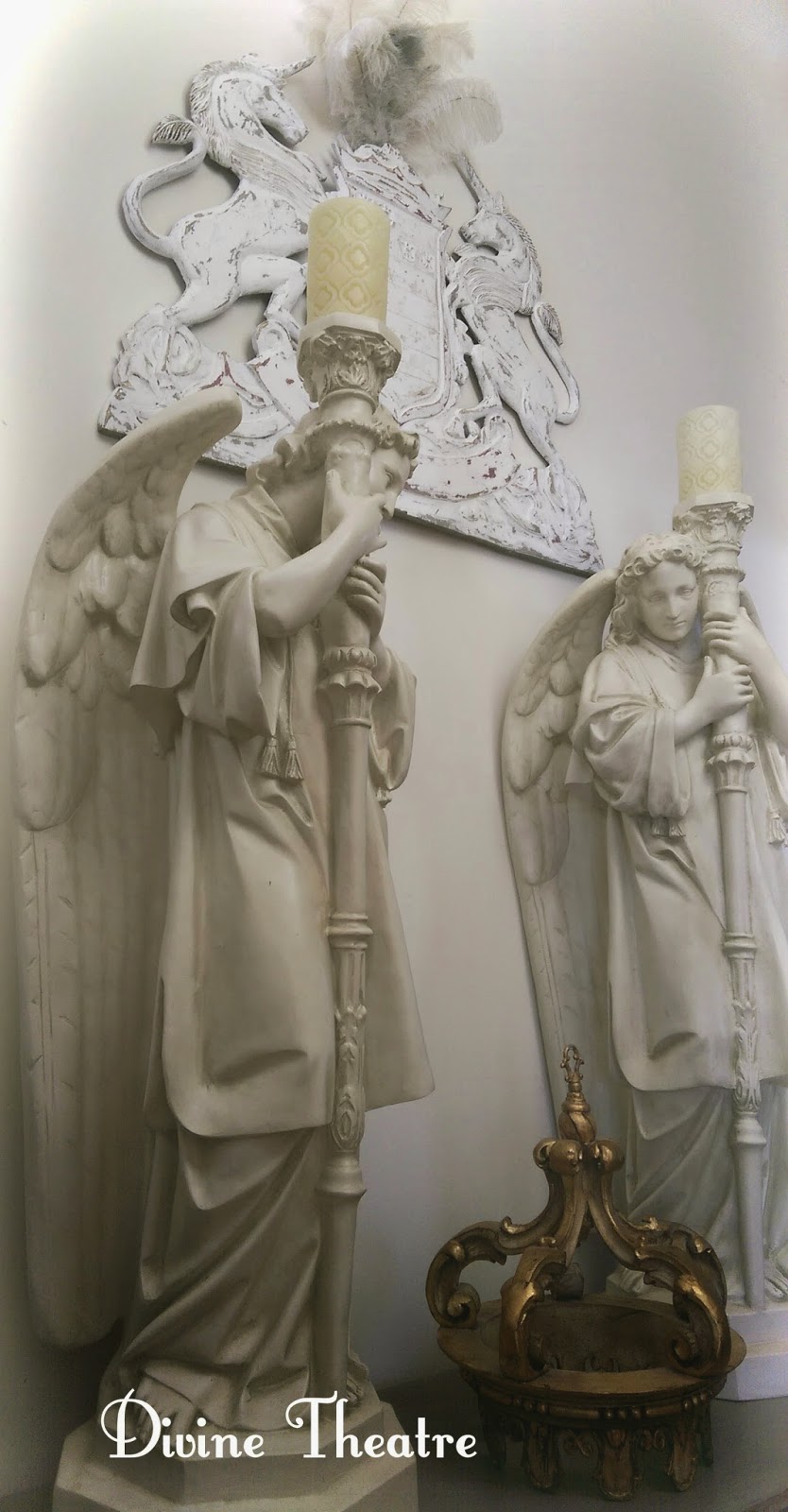 Then it looked like this for about a week.

The scale was off.
Also, since the wall is one side of a narrow hall opposite the library, you had to crane your neck to take in the entire vignette.
The chest is 3 feet tall , the angels are five feet tall and the crest is another 3 feet tall! 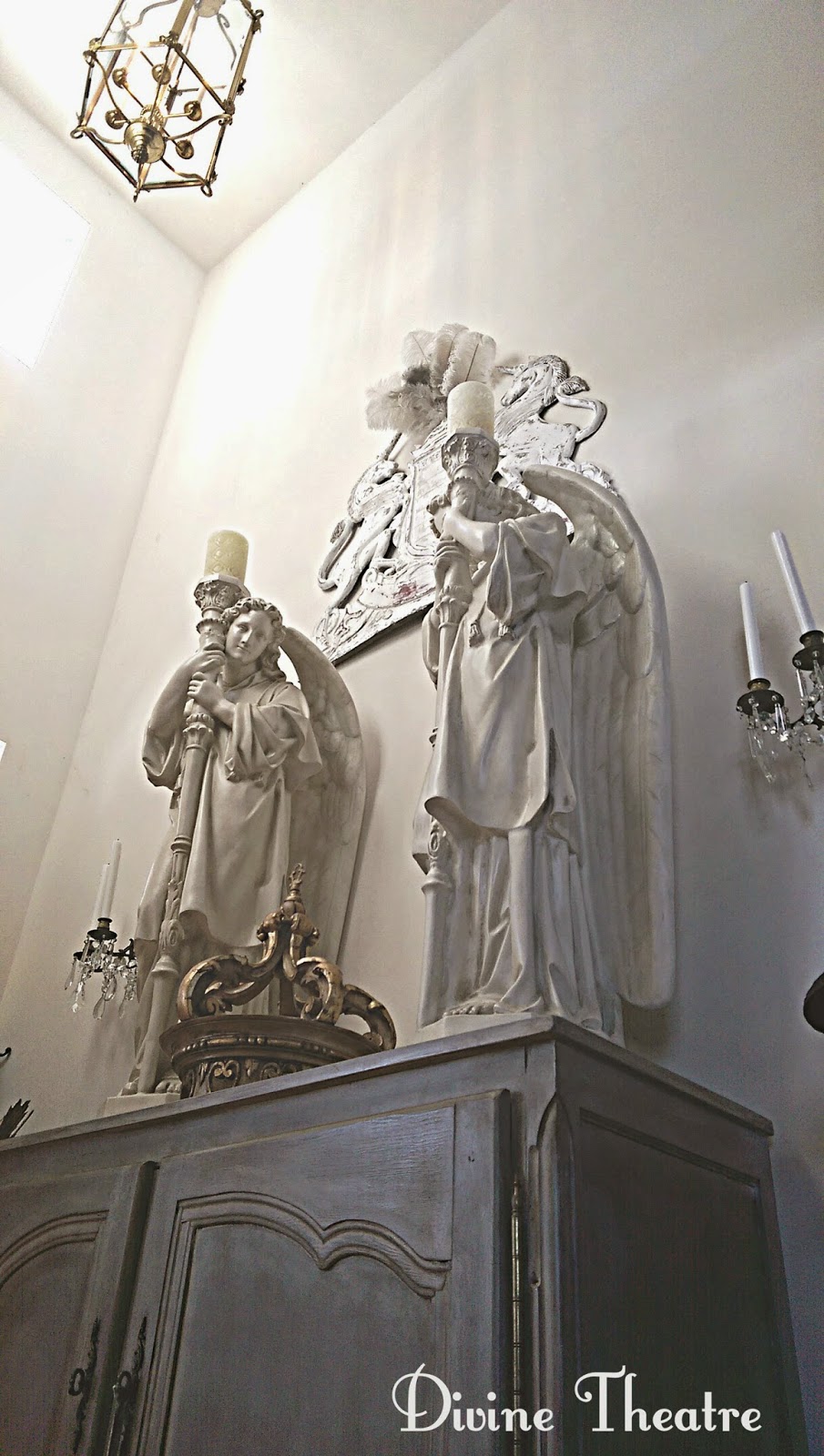 The ceiling is 18 feet from the floor! 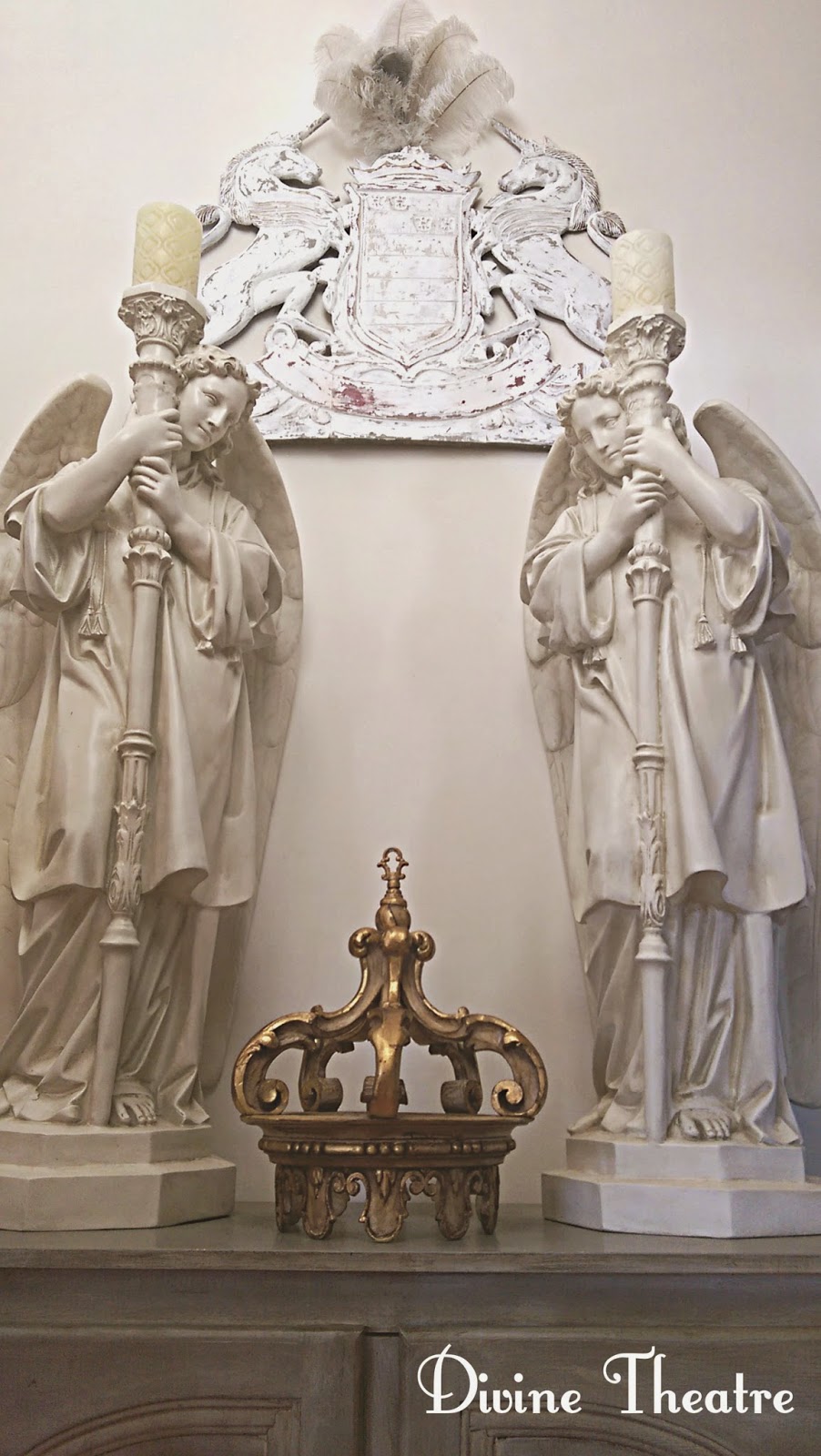 The chest itself is only five feet wide.  I cannot use a longer one because then I could not open the front door.  Apparently, we have to let people and pets in and out....and "no, we can't just use the back door", according to Handsome Husband.

Since when is he such a stickler for formality, I ask? 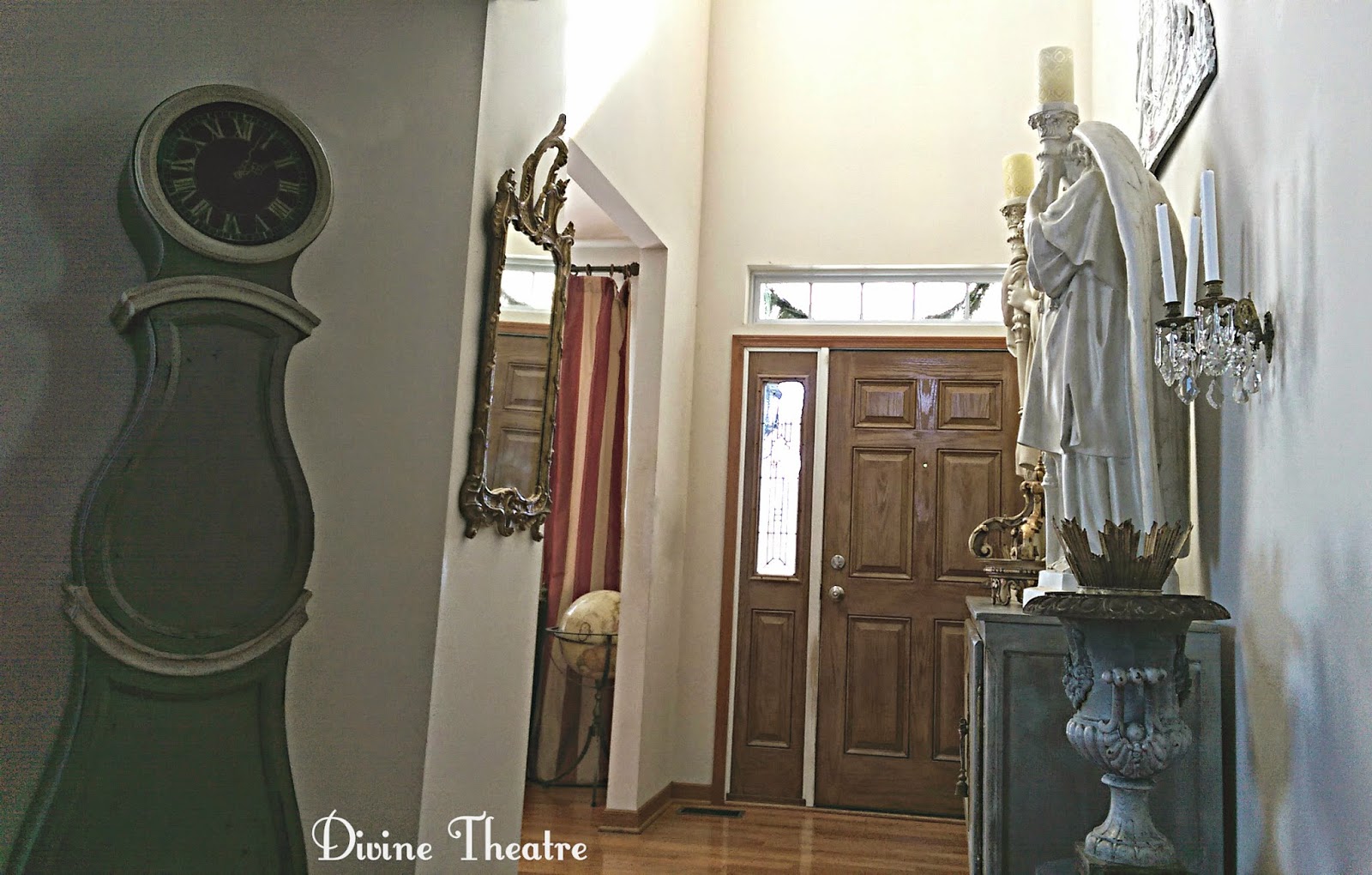 To give you an idea of we have to contend with. The Library is to the left.

I have a set of narrow double doors and a spiderweb transom to replace the builder's door and sidelight.
Soon, I hope! 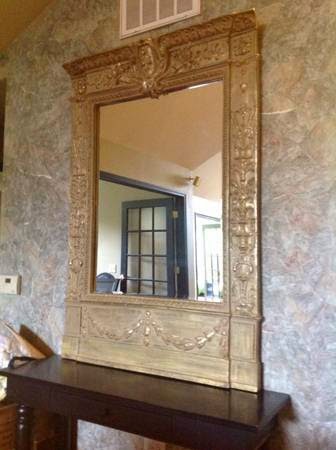 The stars aligned and it happened!
I found this over five foot tall mirror on Craigslist.  It was right down the street from my house!  I could have walked there. 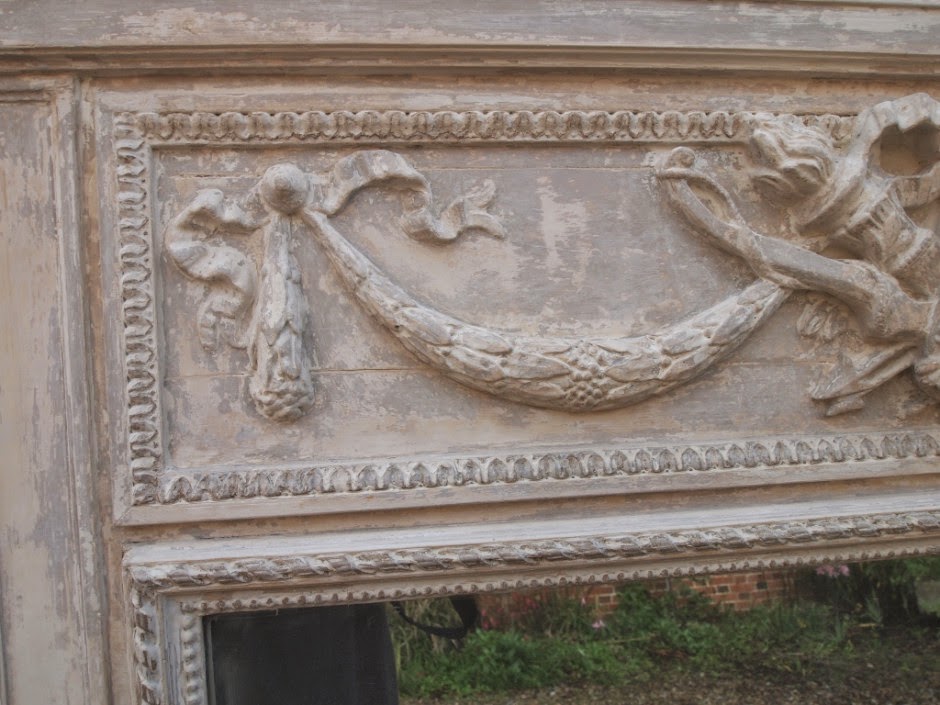 I was inspired by this paint finish, found on Pinterest. 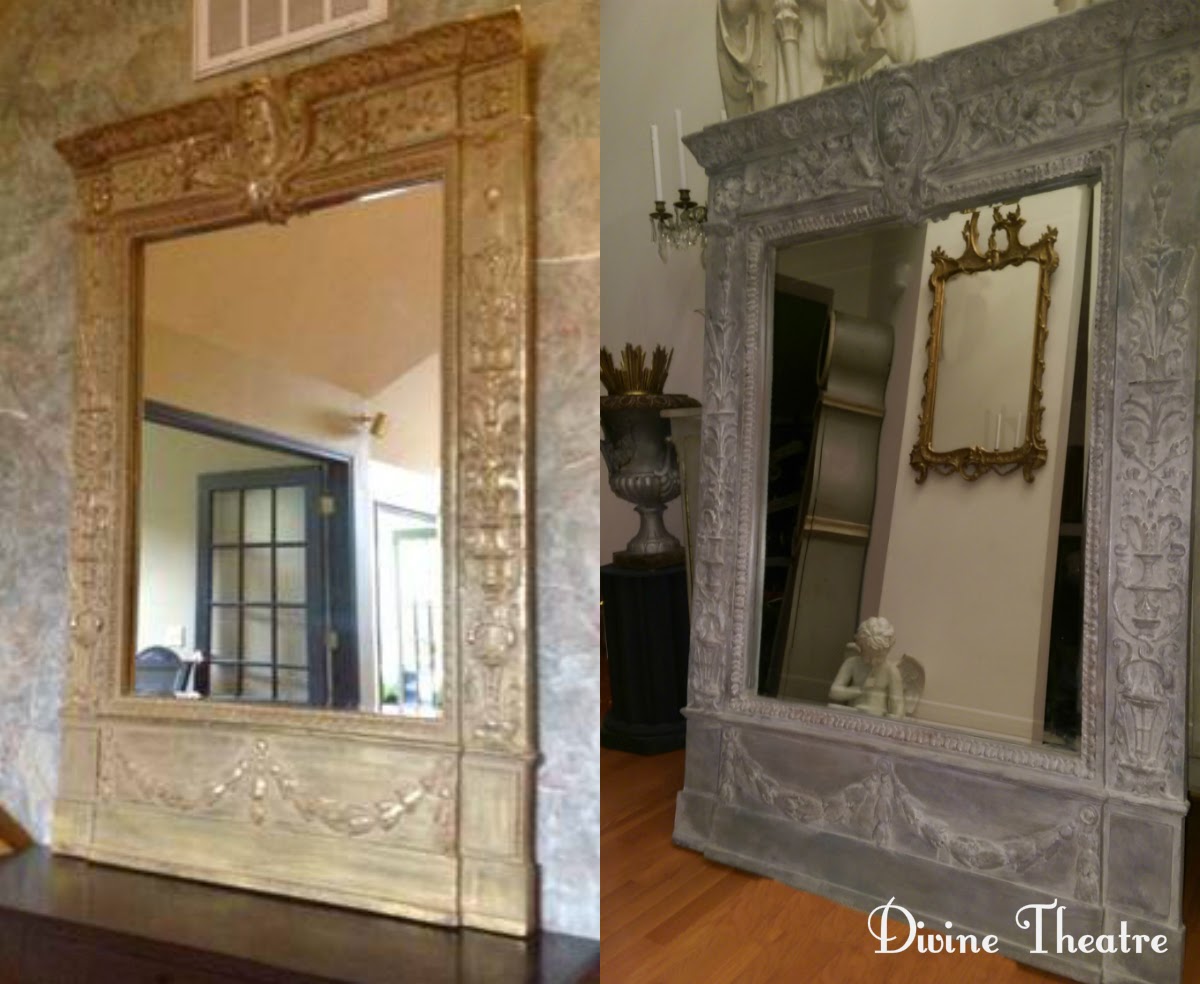 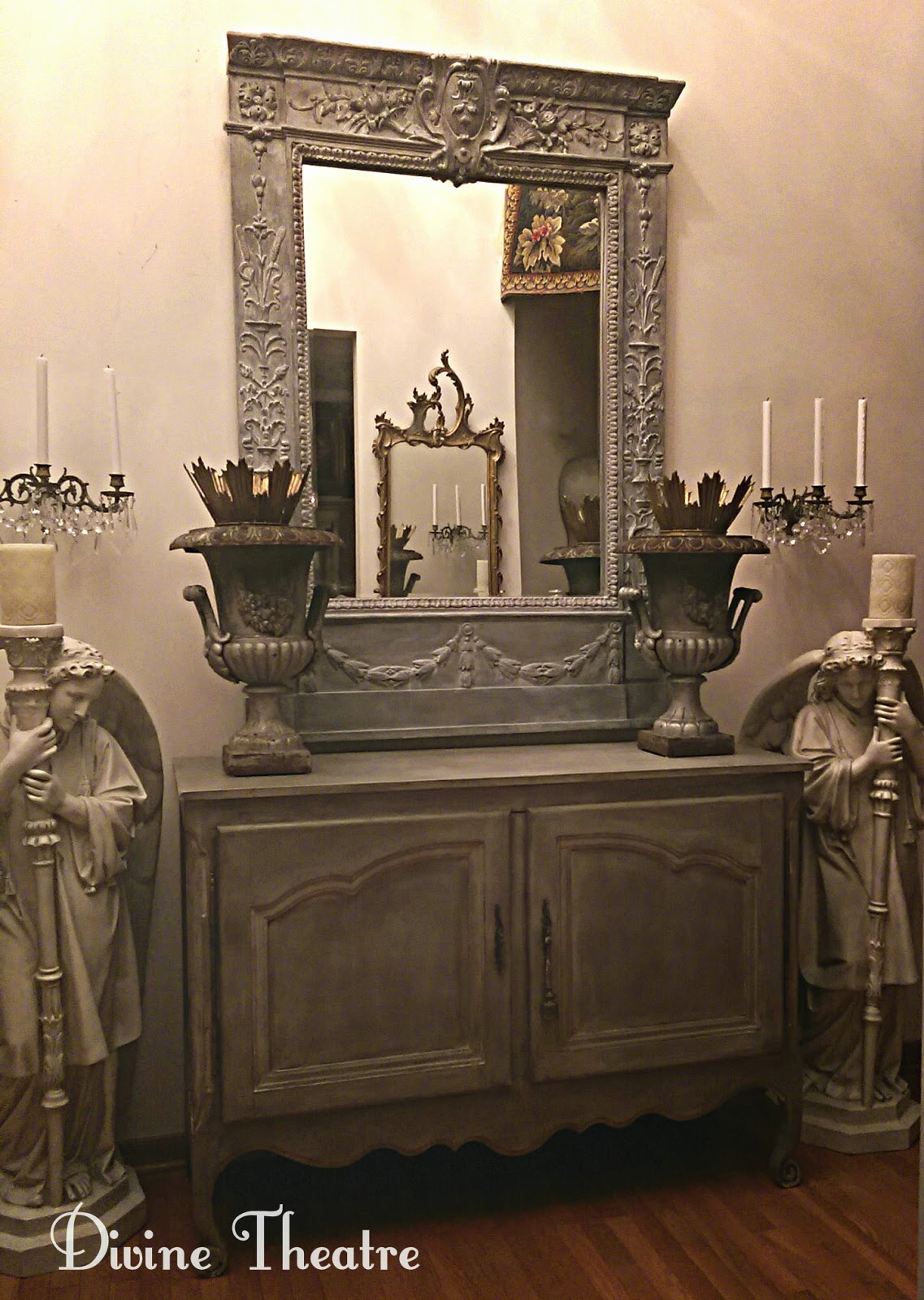 This is, perhaps, the 17th incarnation of the front hall.  It never felt quite right...until now.  I think. Well, I'm pretty sure.  For now.  Maybe.
The angels, as you recall, are 5 feet tall (including candles), to give you an idea of the perspective. 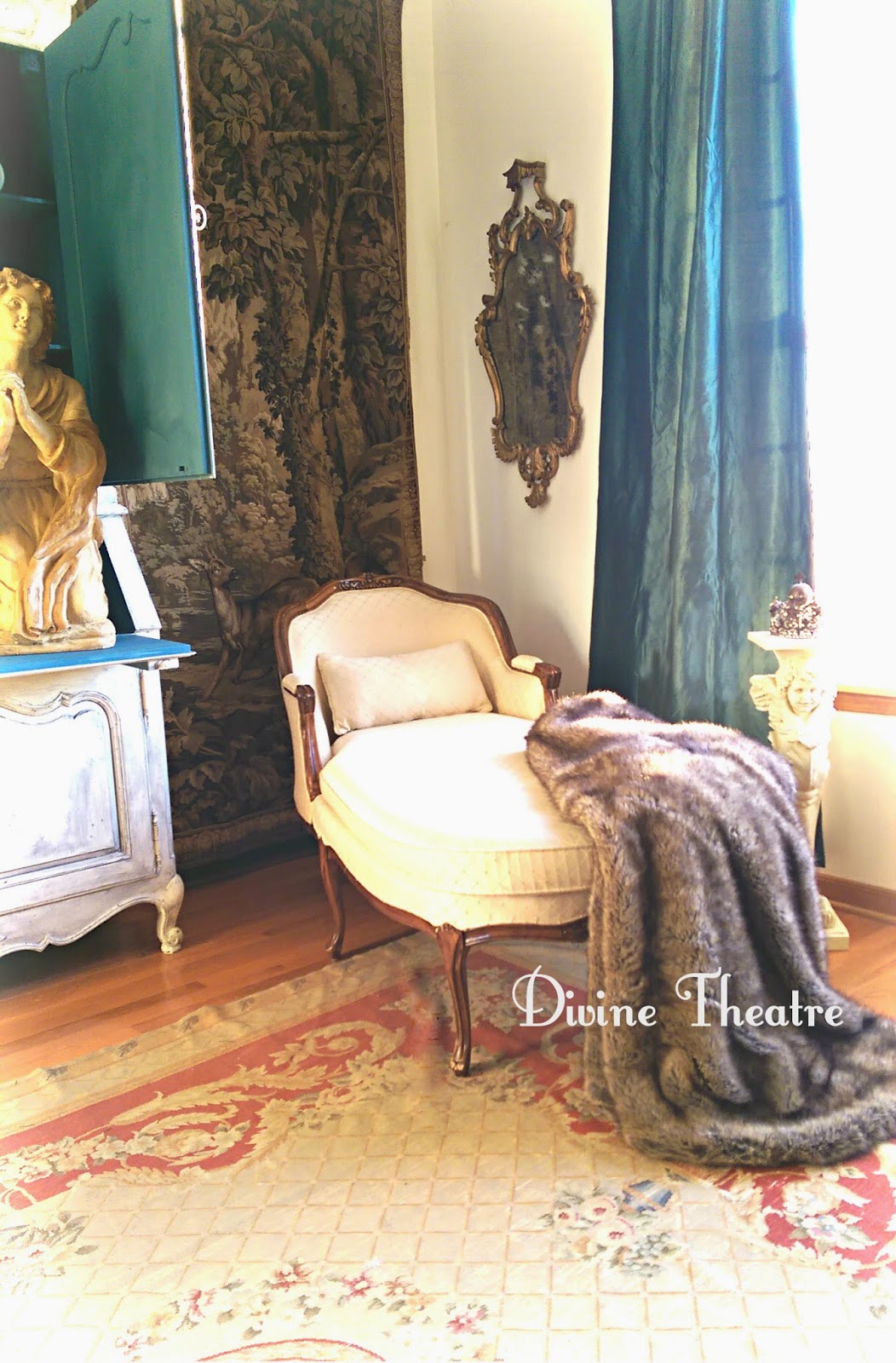 The entry leads to the Music Room.  It is to the right of the Library.
The chaise was also found on Craigslist, as was the secretary, the mirror, the curtains and the statue.  The tapestry panels were purchased from a friend .  I met her through Craigslist too!
The rug is from ebay.  It was a steal! 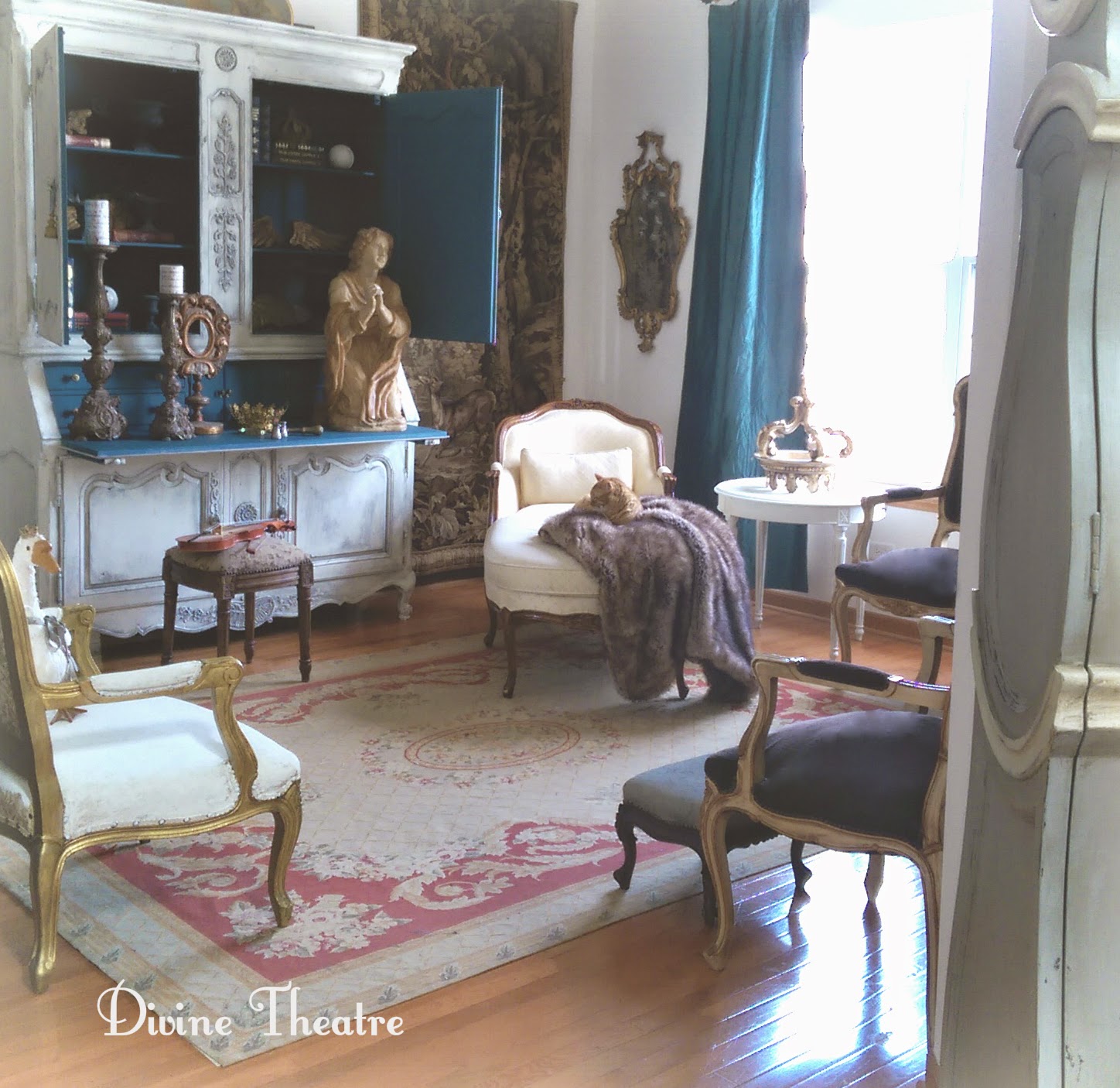 The Mora clock is in the hallway, outside the room. It isn't really a Mora clock.  It is a Craigslist clock painted to resemble one!
The room is far from finished, but I thought you might like to see it.
This room was the catch-all for all my errant "stuff".  It really was shameful. 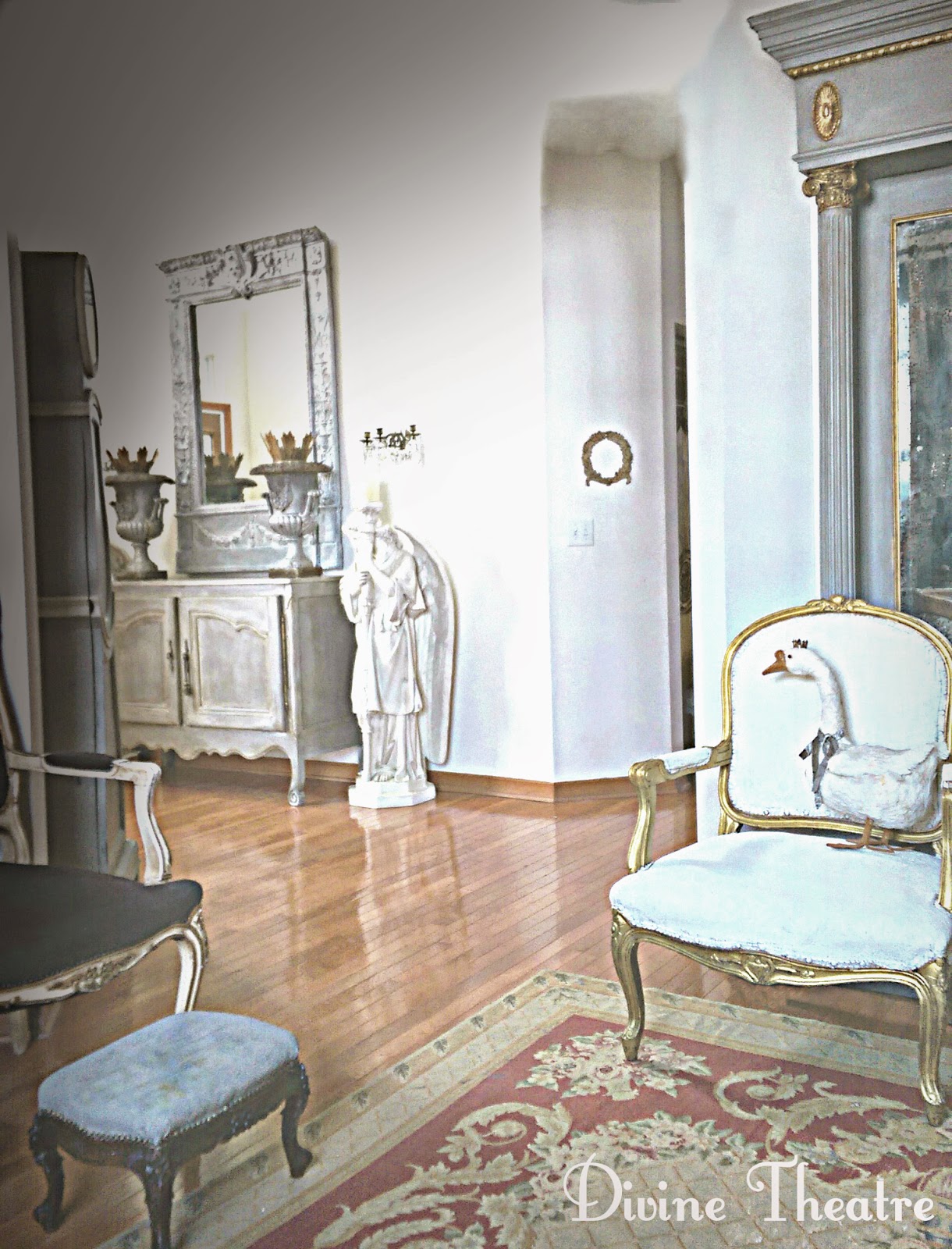 View from the Music Room into the front entry hall. The fauteuil on the right is one of a pair I found on Craigslist.  I painted the upholstery with Annie Sloan Old White. 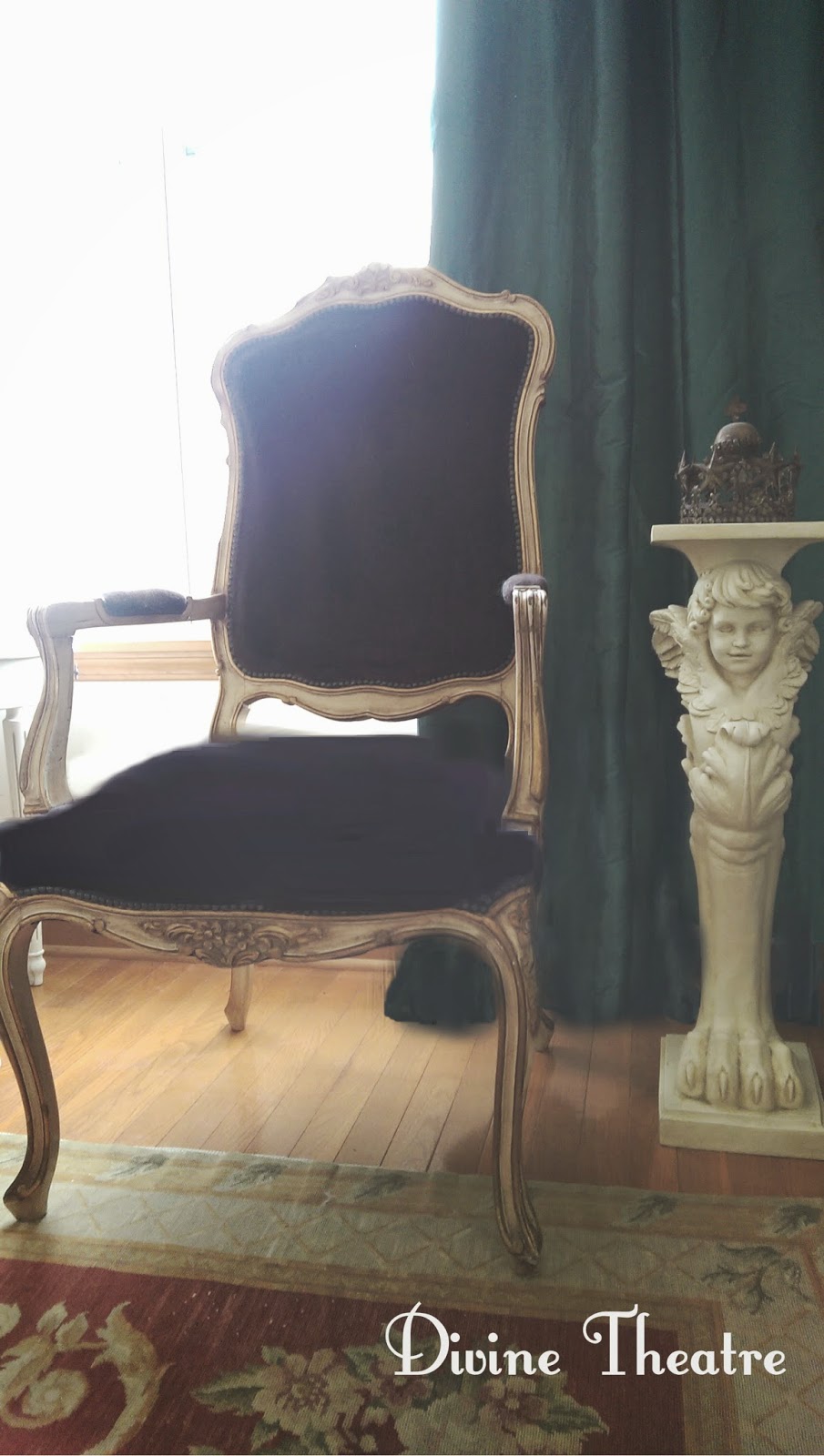 This brown velvet fauteuil is one of a pair I found on Craigslist! 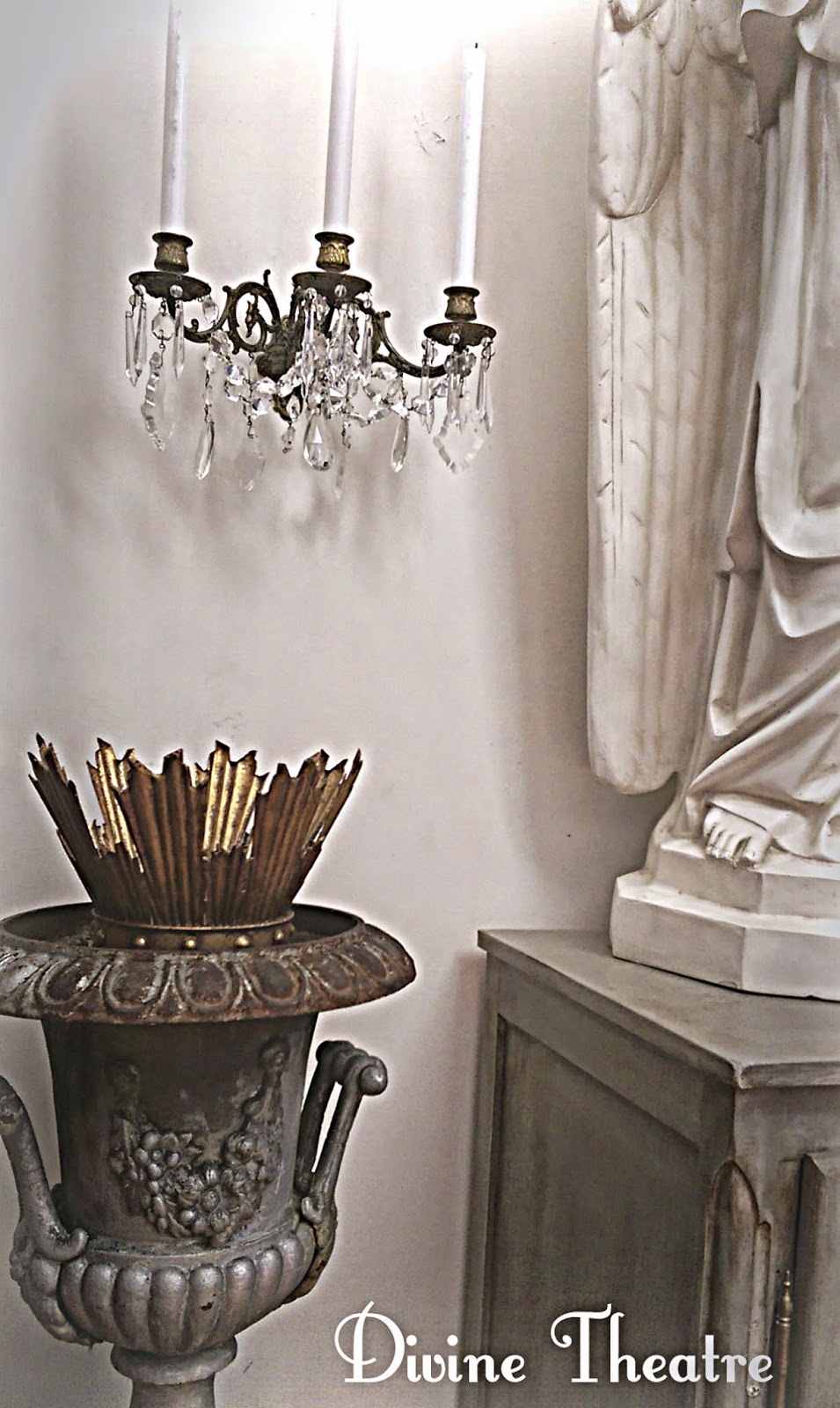 One of a pair of Craigslist urns. 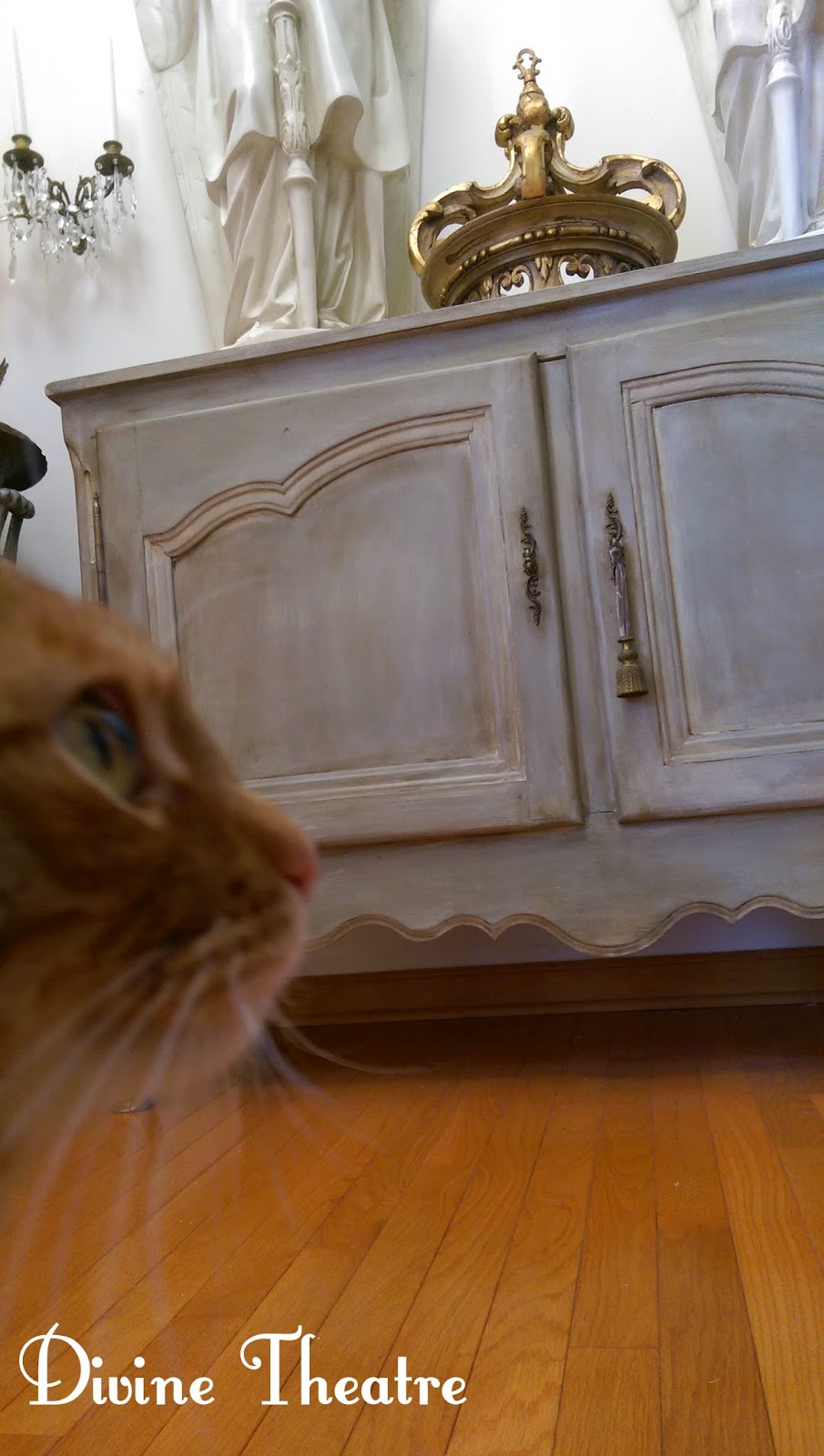 Wow!    Here, I thought I wasn't getting much done...and this is only a small percentage of what I have been up to!

I have missed you!
I promise, I won't wait so long again!

I am off to visit you!

Posted by Divine Theatre at 4:19 PM