Rescuers are attempting to gain access to some of the hardest hit areas, and ARK, Animal Rescue Kansai,  is currently preparing makeshift shelters to accommodate what is expected to be a massive influx of traumatized, injured, hungry and thirsty dogs and cats. (After the 1995 Kobe earthquake, ARK took in 600 animals.)Animal welfare is virtually non-existent in Japan, so the efforts of individual rescue groups and shelters make all the difference for animals in times of national catastrophes. I encourage you to check out the ARK website and help if you can.  They accept paypal, which is simple to use.
Elizabeth Oliver, Chairman of the Board of Animal Rescue Kansai:"ARK will accept as many animals as possible, those made homeless from the TOHOKU-PACIFIC earthquake and tsunami which occurred on 11th March.
The tragedy keeps on unfolding. Thousands of people are dead or missing and we can assume that most animals in the path of the tsunami, perished. Being a rural area, most dogs would have been chained, unable to escape. Foreigners are being recalled to their countries by their companies for their safety. Already we have a cat called Maggie. We had to pick her up from Kansai airport, as her owner left for Germany.
We are especially concerned about the number of pets left unattended in homes by people forced  into the evacuation centres near the nuclear power plant in Fukushima, It is not clear how many would have been allowed in these centres with their owners. Others in evacuation centres have lost everything and if they have pets, will probably have to give them up.
Our office in Tokyo as well as foster homes will be able to take in some animals, others may be brought by air, once airports are open, to Osaka. We are preparing spaces to take them in here in our Nose shelter. We are also thinking of building a temporary shelter on the land in Sasayama (about 40 minutes from ARK by car). At present the land there is being prepared for building but no construction yet.
Thank you all for your concern and help. We will do our best for these animals." 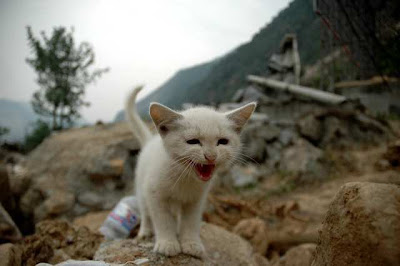 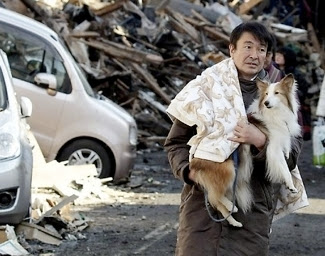