Nearly 2,000 dogs and their handlers are expected to be standing at attention tomorrow in Liberty State Park in Jersey City, New Jersey for a Recognition Ceremony honoring  the search and rescue dogs and handlers who labored mightily in the rubble left when the Twin Towers fell at the World Trade Center.
The emotional procession will begin at the park and end at a site just across the river from Ground Zero.


Dogs and people worked in conditions that were dangerous and ultimately heartbreaking, for there were no living survivors for them to find. Their keen noses did alert first responders to the location of bodies that were recovered and returned to the families of victims.  An estimated 300-350 dogs searched at Ground Zero. Many were owned by civilian volunteers. Others were trained and utilized by police and military officers.

Finding One Another Organization, a co-sponsor of the solemn event which educates the public and raises funds to support search and rescue dogs, their handlers, and veterinary medical assistance to the dogs has identified more than 950 working dog teams who served in search and rescue, recovery and security at Ground Zero, the Pentagon, Shanksville, and the Fresh Kills Landfill recovery site.
Here are a few of the surviving heroes... 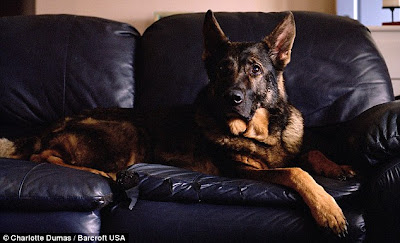 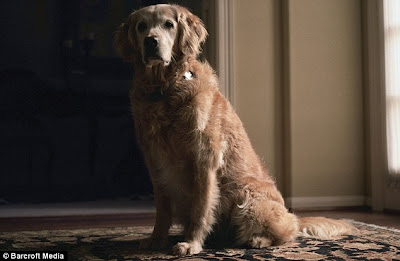 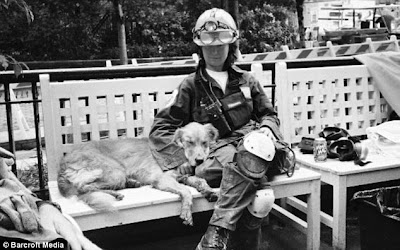 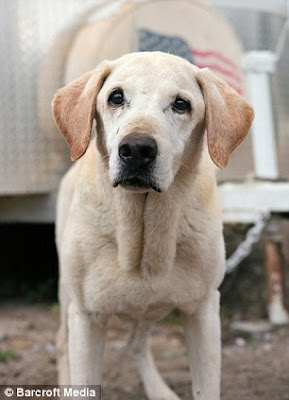 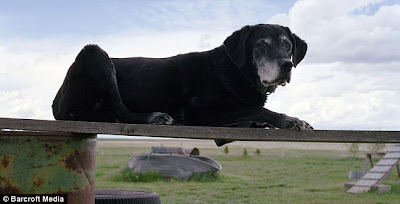 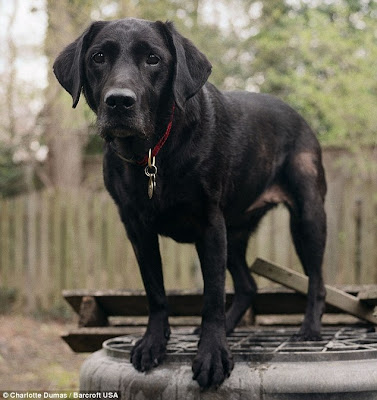 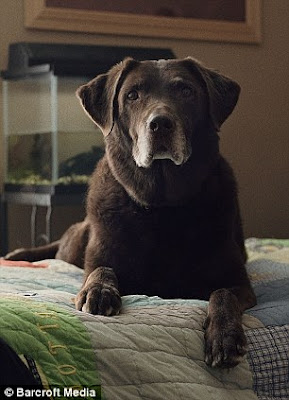 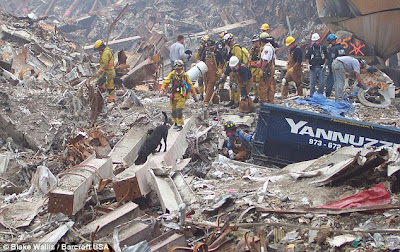 Good Dogs, All!
Posted by Divine Theatre at 7:31 PM