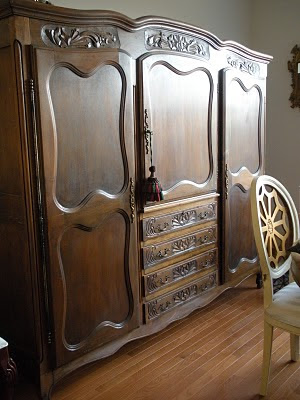 I wanted something more Axel Vervoordt-y.
Inspiration ...From Pamela Pierce... 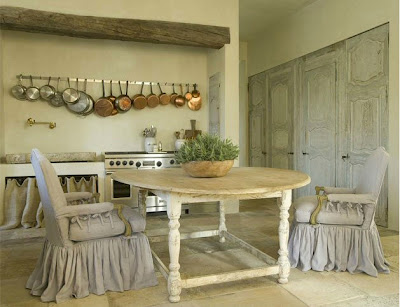 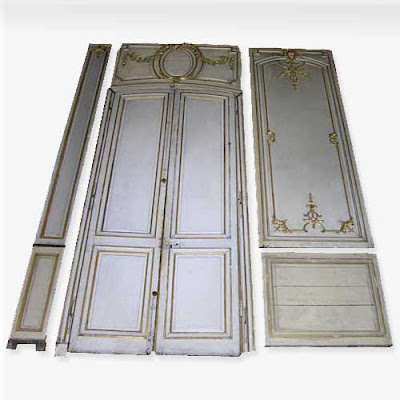 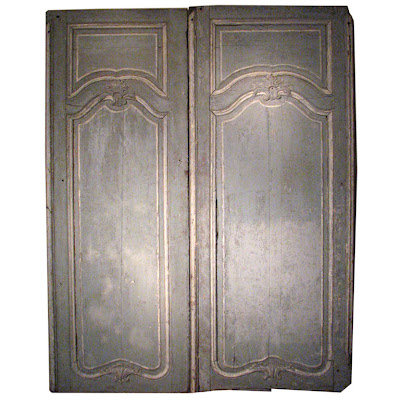 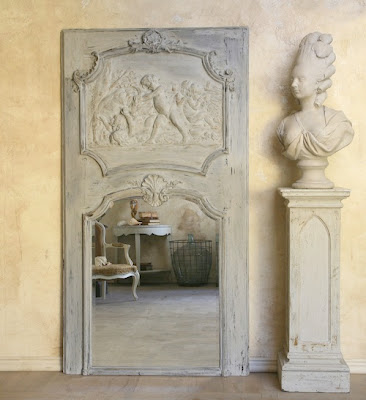 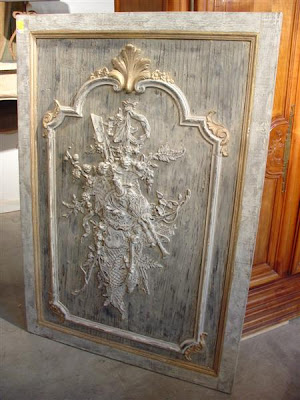 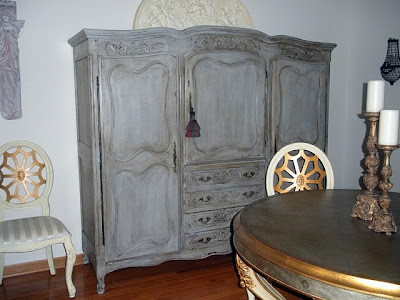 Now I need to reupholster those chairs! The walls are going to be painted in a week!
I finally broke down and purchased some Annie Sloan Chalk Paint.  I would not recommend painting the largest thing you own as a first attempt but I'm a doer (translation: I am impetuous).  My husband is the thinker and he was at work.  Good thing too, or he would have tried to talk sense into me!
I bought this armoire on Craigslist a while back.  It comes apart for easy transport.  I am guessing it is from the 1920's or so...
I love the look of boiserie panels in old French chateaus and I wanted to mimic the look.
Two coats of Paris Grey followed by a coat of clear wax, then sanding the buhjeesus out of it. I also used a metal spatula to scrape away paint here and there.  It looked way too pale and I was afraid I was not going to like it! After that I applied the dark wax, immediately wiped it off with a clean t-shirt and followed that with clear wax.  Parts came out a bit darker than I wanted so I mixed some Paris Grey with clear wax and wiped it on over the dark spots. The whole job took about four hours. 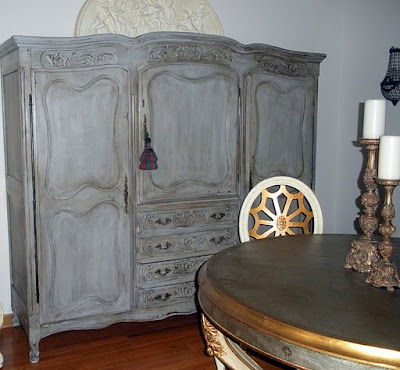 What do you think?
Vervoordt-y?

I am participating in Shades of Amber, Annie Sloan Paint Linky,  Between Naps on the Porch Metamorphosis Monday , Boogieboard Cottage for Masterpiece Monday and Molly Susan Strong for Market Monday!
Posted by Divine Theatre at 6:12 PM