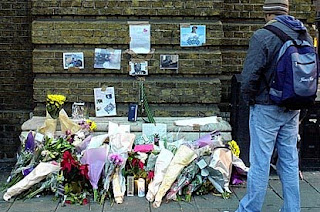 I have a dream that African American boys will stop killing each other in the streets over NOTHING.

I have a dream that in schools like the one in Memphis that 90 inner city African American students who are already on welfare are not pregnant before they graduate, if they graduate at all.

I have a dream that Social Welfare will change so it will help people to SUCCEED, rather than to FAIL, as it does now.

I have a dream that Child Welfare Agencies are not so overwhelmed that they cannot account for children in their care, allowing suffering beyond measure.

I have a dream that politicians will stop giving handouts in order to obtain votes but will allow people to succeed or fail on their own merit. Allowing them to have a sense a pride that one ONLY gains when caring for their own responsibilities.

I have a dream that African American men will STAND UP and be fathers to their children rather than leave them to a system that has shown to be an abject failure.

I have a dream that African American boys do not resort to joining gangs as family but, instead, can turn to an actual family who loves and supports them.

My husband comes come at least once a week to tell me about a gang shooting...at least once a month to tell me a young man was killed and my heart BREAKS. Those were human beings with hopes and dreams and NO support. They have been marginalized and ignored in hopes that the problem would go away.
This problem will not go away without the help of people like me and you. People who care enough to want these children to actually SUCCEED.

I don't have many answers. For now I have a dream.
In honor of the great Martin Luther King, Jr. I wanted to share my dream with you.
Posted by Divine Theatre at 8:10 AM